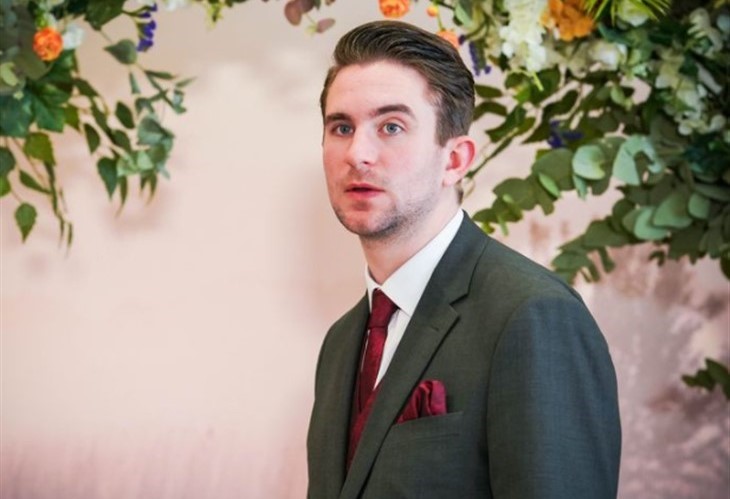 “This is the build-up to the wedding–ironing out the creases before we get there! There has to be a confrontation between Callum and Phil,” actor Tony Clay told the media.

Callum and Ben Mitchell’s (Max Bowden) big wedding day next week will be derailed after a no-holds-barred conversation with Callum.

Viewers have seen BBC’s trailer for the conflict between the romantic partners after Callum confesses to working undercover to bring his soon-to-be father-in-law, Phil Mitchell (Steve McFadden) down. It shows a furious and shocked Ben exclaiming Callum has betrayed his family. “It’s over!” shouts Ben, referring to their wedding.

However, Callum gives Ben an ultimatum and promises he’ll be waiting for him to show up to the ceremony as the trailer confirms Callum all suited, hoping for his fiancé to turn up and exchange vows with him.

Tony revealed Callum isn’t giving up and believes they can make it. “He thinks they have been through so much together, they can get through anything. He genuinely believes love can overcome everything…” he told Metro.co.uk

“EastEnders” spoilers revealed at the ceremony next week Callum’s brother Stuart (Ricky Champ) tries to help in finding Ben who has gone AWOL. However, Stuart adds fuel to the fire when he accidentally makes it known to Phil (Steve McFadden) about Callum’s undercover betrayal.

“Callum finds out Stuart has told Phil. He’s made it ten times worse, but it’s out there,” Tony confirmed.

In an interview with Metro.co.uk last month, Tony reckoned his character has learned from his previous failed relationship with Whitney as “history repeating.” After deciding to spend the rest of his life with Ben, he wants to move forward without secrets and lies so he has to tell him who the real him is.

“He can’t tell Ben ‘no lies’ and then have this massive one hanging over himself,” Tony explained

Max also warned that the “stakes are very high and there’s a lot on the line” with Ben caught up in a frustrating situation following Kush Kazemi’s (Davood Ghadami) death and now with Callum’s massive revelation. “He’s incredibly lost at this point. Everything he thought he knew has been thrown into the balance. They’re supposed to be getting married, so he is so confused,” he revealed.

But Callum should not only worry about Ben but also with his father-in-law Phil, who might be on the way for his revenge. When being asked if Phil is capable of killing Callum, Max replied: “It’s a risk he’s not willing to take. It’s not just about the physical action, it’s the mental action of allowing Callum into the wedding.”

If Ben proceeds with the wedding, he will need his dad, Phil, on his side. “It’s very dangerous going forward,” Max warned.

On the positive note, Tony teased they might be able to move forward once things are cleared up: “But this is Phil Mitchell we’re talking about! It will be a huge test for Ben and Callum–and for Callum and Phil. Can they work together to help Ben through any issues?”