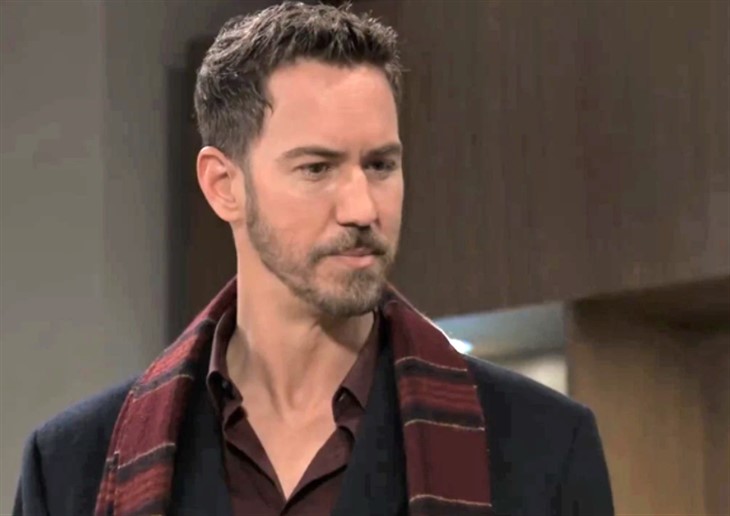 General Hospital (GH) spoilers reveal Maxie giving birth and handing over her baby to Brook Lynn so she can tell Peter that the little girl died and keep him from his child, but things do not go quite as planned.

Brook Lynn (Amanda Setton) finally found herself a baby while Maxie (Kirsten Storms) finally has someone to give her baby to. Perfect, right? Oh, so wrong when the baby’s father is none other than Peter August (Wes Ramsey).

Brook might have gotten it very wrong when she told Maxie that Valentin (James Patrick Stuart) has the means to care for this baby and will do everything he can to make sure nothing happens to a child that is his. Brook Lynn even pointed out that Valentin has leverage over Peter.

But what neither woman is thinking of is that Peter now hates Valentin and considers him an enemy. And if Peter can’t have his little girl, then Peter will just take Valentin’s in a crazed revenge move. How can it be fair that Valentin’s baby lived when Peter’s baby died? First, he lets Valentin bond with the baby and then a few weeks later he swipes her.

When Maxie realizes that her plan backfired, she quickly blows Brook Lynn’s plan right out of the water and announces that is her baby and not Brook Lynn and Valentin’s.

And it turns out at this point Valentin has not kept up his end of the baby rights bargain and signed over the shares the Quartermaines want. This leaves ELQ still in the hands of Helena Cassadine’s son and Ned (Wally Kurth) absolutely furious that Brook Lynn would tell such a massive lie.

All Brook wanted to do was get back on her father’s good side after she sold her shares to Valentin last year, but BLQ always leaves a mess of things.

Of course, Anna (Finola Hughes) and Valentin still step up to save Maxie’s baby from Peter’s deranged clutches. It might take the entire May sweeps period and a dramatic showdown, but it will be done.

Now, will any of them like to kill him and put Port Charles out of its collective misery? Stay tuned to General Hospital weekdays to see how it all plays out.