The Bold And The Beautiful (B&B) Spoilers: 3 Reasons Ridge Forrester A Suspect In Vinny’s Death 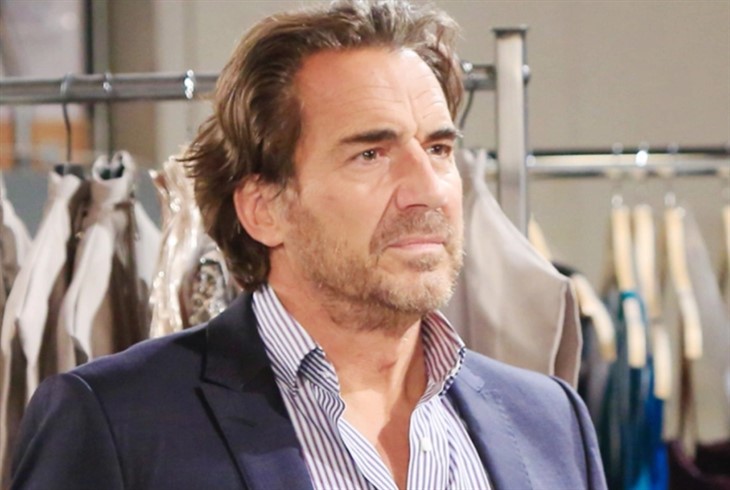 The Bold and the Beautiful (B&B) spoilers say that Vinny Walker (Joe Locicero) might have died what seems like ages ago, but the legacy Spencer, Forrester, and Logan families of this fictional town of Los Angeles are still trying to figure out ‘whodunit.’ Sure, Liam Spencer (Scott Clifton) might have been the one to run over Vinny’s dead body that one dark and mysterious night, but could his body have already been dead?

That’s what fans want to know. Fans also want to know whether or not Ridge Forrester (Thorsten Kaye) had anything to do with the supposed murder. In fact, here are three reasons why Ridge might actually be a suspect.

Sure, Ridge hasn’t always been a very hands-on father, but that doesn’t mean he doesn’t love his kids. Ridge has spent the last several years trying to make up for a lost time. That’s why it shouldn’t come as a surprise to anyone that Ridge would want someone like Ridge gone, seeing how he has been nothing but a bad influence for his son, Thomas Forrester (Matthew Atkinson). Getting rid of Vinny might actually solve a lot of Thomas’s problems.

It’s without a doubt that everyone in the Forrester family were both shocked and disturbed when it was revealed that Vinny was the one who tampered with Steffy Forrester’s (Jacqueline MacInnes Wood) paternity test. He made it look like it was Liam Spencer who was the father. Seeing how Ridge loves his daughter so much, this might have been his way of seeking his revenge on Vinny for messing with Steffy’s future.

The Bold And The Beautiful Rumors: Is Unhinged Quinn Forrester Hallucinating Carter Hook-Up, It Was All A Dream?https://t.co/ccVy33FddV

Simply put, Ridge knew all along that Vinny was nothing but problems for his family and his two children and that’s why he was willing to do what it took to eliminate him once and for all. But is Ridge Forrester really the person who killed Vinny? Needless to say, fans will find out sure enough! What do you think?