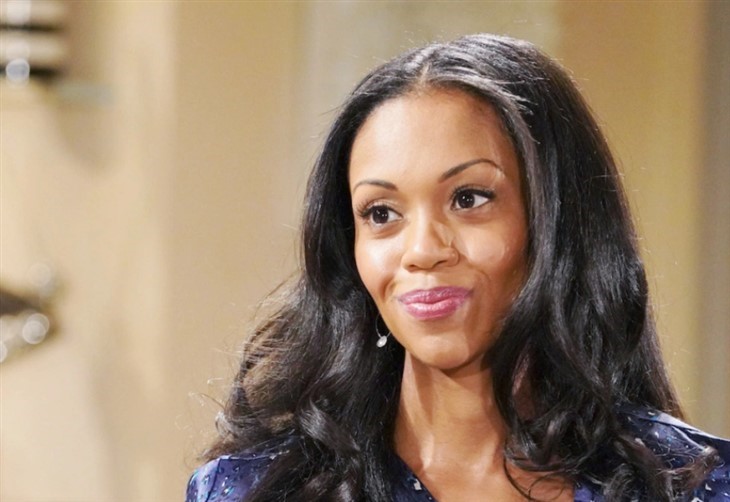 The Young and the Restless (Y&R) spoilers and news tease Mishael Morgan is a huge fan of her new mom on the CBS soap opera.  In a recent interview, Mishael says that from the very first day that they worked together on the set, Ptosha was a dream to work with and she still is.

As many fans know, shooting on soap sets can move so fast at times, but luckily the chemistry between Mishael and her television mother has been on fire since day one.

Amanda puts it this way to the publication, “Usually when they are walking in with pages and pages of dialogue, you can actually see the nerves on their face. Sometimes they are so focused on remembering their lines that they are too distracted to put something into their performance, but that never happened with Ptosha.”

Mishael adds that when it comes to Ptosha, she came on the show ready for action. She says that Ptosha is one of the most confident and amazing professionals she has ever met in the daytime television industry.

The Young And The Restless News: Mishael Morgan Dishes

The actress added, “Of course, she’s also on The Oval, where she works really hard, so I think she’s used to fast. She came right in and just did her stuff. She was wonderful, and she is so sweet on top of that!”

With that said, fans simply can’t wait to see what’s in store for both Amanda and her mother Naya. Viewers will simply have to tune in each and every day to find out what’s in store!