The Young And The Restless (Y&R) Spoilers: Sally’s Loyalty To Jack Benefits Kyle – Paternity Fight Has Another Ally 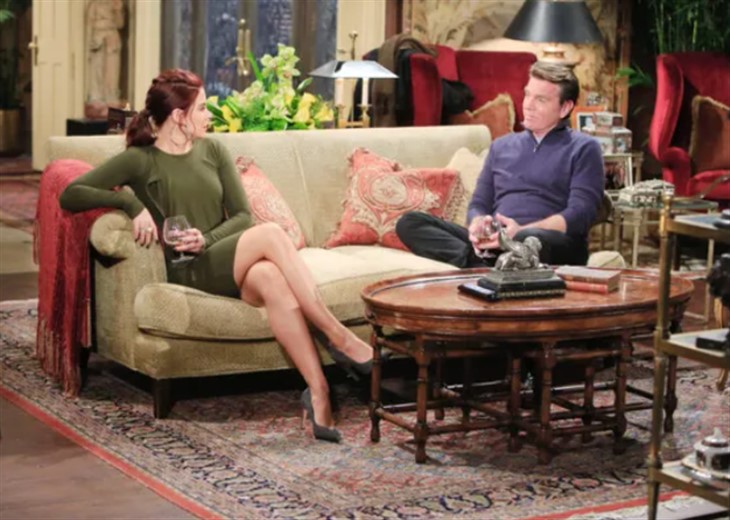 The Young and the Restless (Y&R) spoilers document that Sally Spectra’s (Courtney Hope) warning to Tara Locke (Elizabeth Leiner) made a positive impression on Jack Abbott (Peter Bergman). It also bodes well for Kyle Abbott (Michael Mealor), as having someone who has been an enemy become an ally in an anticipated custody fight will prove worthwhile.

Kyle and Summer Newman (Hunter King) have been bracing for the Harrison Locke (no actor’s name known for this role) confrontation. Tara claims he’s Kyle’s son. Ashland Locke (Richard Burgi) believes otherwise and has a more ruthless reputation than anyone except Victor Newman (Eric Braeden).

Young And The Restless Spoilers – Dealing With The Here And Now

Kyle has been forced to address what his life was like in New York more than three years ago. He thought that chapter in his backstory was buried. But Theo Vanderway (Tyler Johnson) decided otherwise.

Theo apparently ran into Tara in New York while he was on a business trip. That allowed him to see Harrison and make a major leap. However, Theo’s instinct appears to have been right.

The Young And The Restless Spoilers – Ashland Locke’s New Outlook On Life?

Tara is saying that Ashland has changed as a result of his heart crisis and need for a pacemaker. His new outlook is sunny. But is that the result of the medication regimen he’s on?

Even if Ashland experienced an epiphany, he hasn’t considered the implications of Kyle wanting a relationship with the boy who is his biological son. Kyle is naturally becoming more emotionally involved with the child he never knew, which is one reason why Tara hired a private medical transport to take Ashland and her back to New York.

Getting out of Genoa City, Wisconsin, as quickly as possible and never returning is Tara’s understandable goal. She wants to shut down Kyle’s expectations and any potential for the referenced custody battle.

The Young And The Restless Spoilers: What’s Next For Sally Spectra On Y&R? https://t.co/O8okhYmqrx pic.twitter.com/eTOIaa4zN2

Jack needs to know that he has a grandson. The best person to tell that truth to him, since Kyle is refusing to do so, is Sally.

It feels as though Y&R is positioning Hope’s character as the person who will work with Jack to expand the Abbott family. If her efforts prove to be consequential, he’s likely to bond with her romantically.

Kyle was understandably opposed to Sally’s interest in his father. However, an outcome of her interest in Jack could benefit Kyle’s efforts to secure a connection with his son.