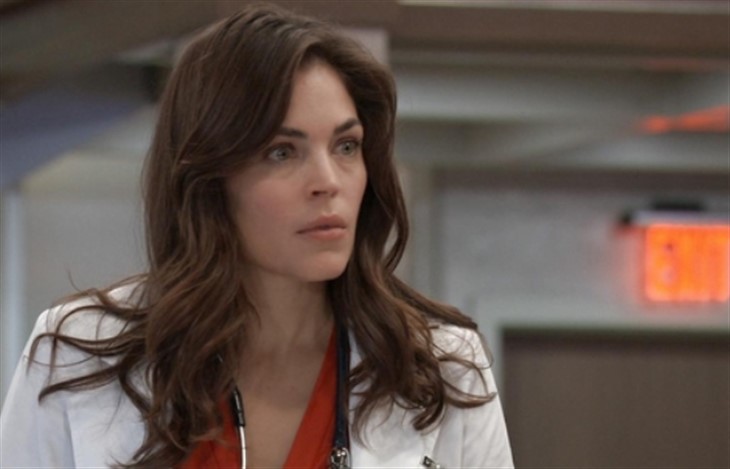 Jason was sent to Pentonville Penitentiary to await trial on General Hospital. However, Jason was in danger in Pentonville. Jason told Carly Corinthos (Laura Wright) that he could take care of himself. However,

Carly arranged for Shawn Butler (Sean Blakemore) to be Jason’s cellmate by calling in favors on behalf of her husband Sonny Corinthos (Maurice Benard). Carly and nearly everyone in Port Charles believe that Sonny fell to his death from a bridge in New Jersey.

Carly got Shawn to attack Jason so that he would be sent to General Hospital for medical treatment. Dr. Britt Westbourne (Kelly Thiebaud) found out that Jason was at General Hospital. She was concerned for his wellbeing and went to see him.

Britt and Jason have been working together on getting Cyrus out of General Hospital. Cyrus is the Chairman of the Board. He has been using the hospital for his illegal drug operation. Britt does not want the hospital to be used as a front for Cyrus. Jason got Britt’s trust by promising her that her friend Brad Cooper (Parry Shen) would be safe in Pentonville. Brad had been attacked by Cyrus people. Britt has come to trust Jason. It is not easy for Britt to trust people. She is the daughter of Dr. Liesl Obrecht (Kathleen Gati) and Cesar Faison (Anders Hove). She has not always taken the high road.

She once was pregnant with Dante Falconeri (Dominic Zamprogna) and Lulu Spencer Falconari’s (Emme Rylan) son Rocco Falconeri (O’Neill Monahan). She and Liesl were plotting against Dr. Patrick Drake (Jason Thompson). Britt has regretted her part in the plot and misses Rocco. She had come to think of him as her son. Jason has begun to trust Britt. He understands that it can help for someone to have a second chance.

Jason and Carly have a long friendship. They became friends while he was helping her deal with his brother AJ Quartermaine (Sean Kanan) over her son Michael Corinthos (Chad Duell). Jason helped Carly by acting as a father to Michael. Carly has had a troubled past. She and her mother Bobbie Spencer (Jacklyn Zeman) had a difficult time forming a mother and daughter bond when they first found out that they were mother and daughter.

General Hospital recaps and spoilers show Jason has helped Carly many times with her relationship with Sonny. He is helping Carly to deal with Cyrus. He took responsibility for kidnapping Cyrus’ mother Florence Grey (Annie Abbott) to keep the peace after Sonny was declared dead. Jason had been taking care of Sonny’s business before he was framed for killing Franco. Carly has taken control of Sonny’s organization and is trying to make sure that Jason stays out of danger.

General Hospital Carly and Britt are worried about Jason. They do not want him to be hurt by Cyrus. Carly has gotten Jason into a safe place in General Hospital. Could Carly make an arrangement so that Jason does not go back to Pentonville? Britt wants to help Jason to stay safe. Will Carly turn to Britt to help keep Jason from danger?

Can Carly trust Britt to keep Jason safe? Will Carly and Britt become friends because of Jason? They do not know each other well. Will they disagree with each other over what is best for Jason? Could they put their differences aside to make sure that Jason does not go back to Pentonville?

Tune into General Hospital to find out if Britt and Carly will become friends or rivals while trying to protect Jason.  Keep checking Hollywood Hiccups for more General Hospital spoilers and updates.