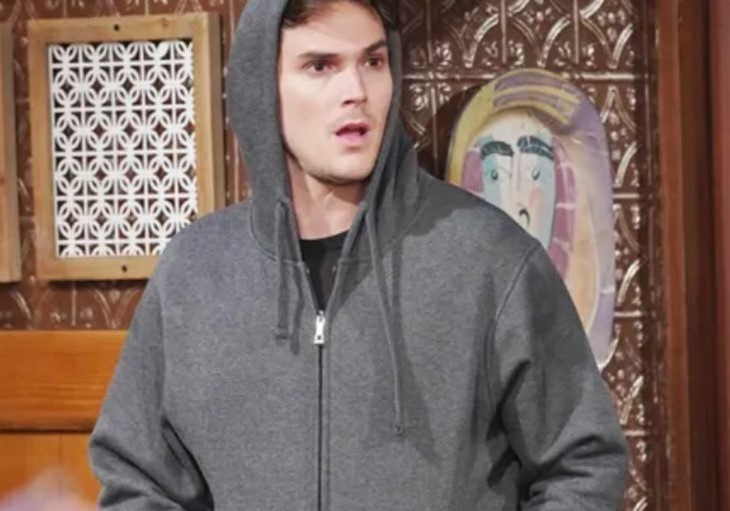 The Young and the Restless (Y&R) spoilers document that Adam Newman’s (Mark Grossman) return to Genoa City, Wisconsin, establishes him as the hero. His willingness to risk freedom in order to donate a kidney to Faith Newman (Reylynn Caster) has already influenced Nick Newman’s (Joshua Morrow) opinion of him.

Hardcore Y&R fans are hopeful that the developing storyline is part of a process that allows this soap’s arguably most dynamic character to enter into a new period. Grossman’s portrayal of the darker version of Adam has been outstanding. This actor clearly has the chops to also advance his alter ego if TPTB allows it.

The Young And The Restless Spoilers – Not A Villain After All

It could be that a long arc is playing out. The storyline about Adam’s childhood tragedy in Kansas was meant to enhance his backstory. That part of his life was never known before.

So, it was purposeful to have Adam return to Kansas and to the home of the man he killed in defense of his mother, Hope Wilson (Signy Coleman), all those years ago. The resulting tornado allowed the Faith drama to be stretched a bit, with the Adam-Nick bond also prominent.

Nick has never been an Adam defender. They did reach an honest accord in the fall of 2016 when Justin Hartley’s (Adam) edition of the character thought he was going to be imprisoned for years. That was quickly followed by the cabin blast and Adam’s write-out.

The recast to Grossman eventually led to the brother battle being reignited. Adam’s recent descent into madness, where he tried to blow up Newman Enterprises and was thought to have poisoned Rey Rosales (Jordi Vilasuso), led everyone, except Victor Newman (Eric Braeden) and Sharon Rosales (Sharon Case), to believe that Adam remained irredeemable.

Now, with the Faith save playing out, Nick has been positioned to champion his brother’s cause. That specific turning point can be used to build Adam’s redemptive path.

The Young And The Restless Spoilers – Chelsea Lawson Fooling Herself

Chelsea Lawson (Melissa Claire Egan) still thinks that her revenge plot will work. But Adam’s return to GC should lead to his exoneration.

Egan is set to have a baby in August. Viewers can already see that she’s showing in May’s scenes that were shot in April. The actor will take maternity leave in the summer, meaning that Chelsea could be temporarily written off-screen then. No confirmed information is known about exact time frames in this regard.

However, Adam’s return feels like the lead-in to Chelsea’s reveal as Rey’s attempted murderer. Grossman’s character doesn’t want her to suffer any further. But Victor couldn’t care less about Chelsea’s feelings and is now threatening to take custody of Connor Newman (Judah Mackey). All factors imply that Chelsea is running out of time and will face consequences in the near future.