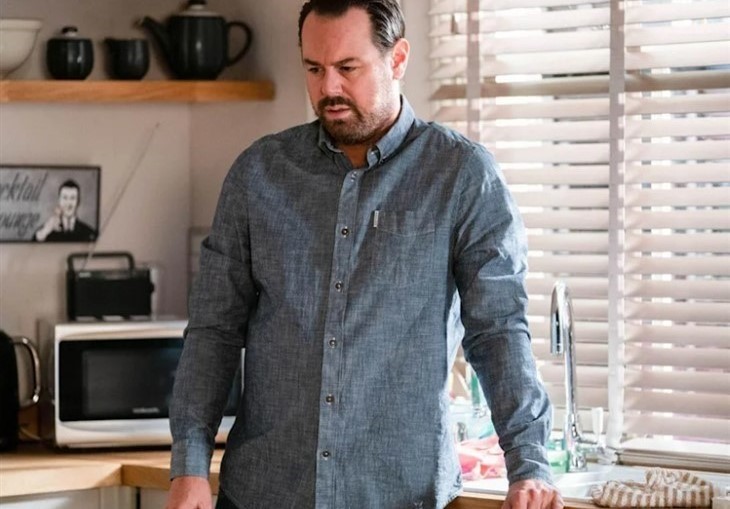 Eastenders spoilers reveal that Mick Carter (Danny Dryer) has decided to give up his anonymity in the child abuse case against Katy Lewis (Simone Lahbib). His decision comes after learning that the latter decided to change her plea to guilty. Is he ready to face Katy in court? How will he deal with this huge decision given that his relationship with Linda Carter (Kellie Bright) is also on the rocks?

When Mick met with his Independent Sexual Violence advisor, he was told that Katy pleaded guilty. Because of that, there will be no trial. However, Mick has a chance to air his side by making a victim impact statement to the court. But there’s a catch. He would have to drop his anonymity.

The Vic landlord feels conflicted and shares his thoughts with Linda. He tells her that he’s made up his mind that he’ll face Katy in court even if it means other people will know about his horrible experience at the hands of his childhood abuser. As long as he has Linda by his side, he can face anything.

“I said it’s fine [to give the statement] because as much as I hate the idea of people talking about you, I know I’m going to be alright if I’ve got you,” Mick tells Linda.

Mick believes that as long as he’s with Linda, he can get through all these difficult situations.

“That’s when we’re the strongest, innit? When we’re together.”

Viewers know that the pair’s relationship is on the rocks after he learned that his wife is pregnant with another man’s child. At first, Mick was excited when he found out that Linda is pregnant. He hoped that the pregnancy would give their family its much-needed “fresh start.” Mick was left broken-hearted when Linda confessed that the baby is not his.

He continues to struggle with the reality that Linda’s unborn baby is not his but Max Branning’s (Jake Wood).

In his conversation with Linda, Mick said, “I don’t know how this baby makes me feel. Not yet. I do know that it’s me and you forever, and if it happens to you, it happens to me, and we face it together.”

They both say how they love each other “so much” and that no matter what, they will deal with their problems together.