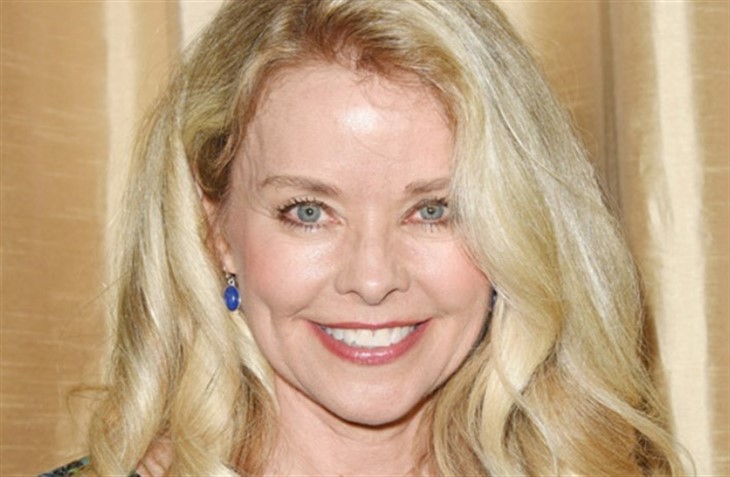 General Hospital (GH) spoilers reveal that Kristina Wagner reappears this month on the Port Charles, New York-based soap as Felicia Scorpio-Jones. She has been on infrequently in recent years and has not been seen on the daytime drama since the ABC sudser returned last year from its pandemic production shutdown.

Wagner is one of several stars who are returning for a special tribute episode to the late John Reilly who played WSB agent Sean Donely. Reilly also appeared in the daytime dramas Sunset Beach and Passions.

Kristina Wagner can be seen as Aztec princess Felicia Scorpio-Jones on May 21. In the past, Felicia often interacted with John Reilly’s character Sean Donely. Reilly was born in 1934 and passed away on January 9, 2021.

The native Illinoian began acting in the 1960s and appeared on Death Valley Days, Apple’s Way, and Gunsmoke. In 1974, he replaced John Colenback as Dr. Dan Stewart on As the World Turns for two years.

Later he appeared on The Bionic Woman and the 1978 television movies Lassie: A New Beginning and Secrets of Three Hungry Wives. Reilly also appeared in feature films including The Main Event and Gorp.

GH Spoilers – A Special Tribute Episode Is Coming Up

In 1984 Reilly was cast as WSB agent Sean Donely on General Hospital. He remained a popular fan fave until 1994 when he opted not to renew his contract. The character was written out of the show in February 1995 but later returned sparingly in the late 1990s.

In 2005 Reilly took over the role of Alistair Crane on the NBC soap Passions and the following year left the show due to budget cuts. He later returned to the soap in 2007 and again was gone the following year.

In 2008 Reilly reprised the role of Sean Donely on the GH spinoff General Hospital: Night Shift. He was in the second-season finale and fans were treated to a repeat popup in 2013 when he reprised his role as the suave super agent for GH’s 50th anniversary year.

Reilly is survived by his wife Liz, five daughters, and two grandchildren. His daughter Caitlin is an actress and a social media presence and she will appear on the tribute episode to her late father. She was the one who announced the death of the former GH actor.