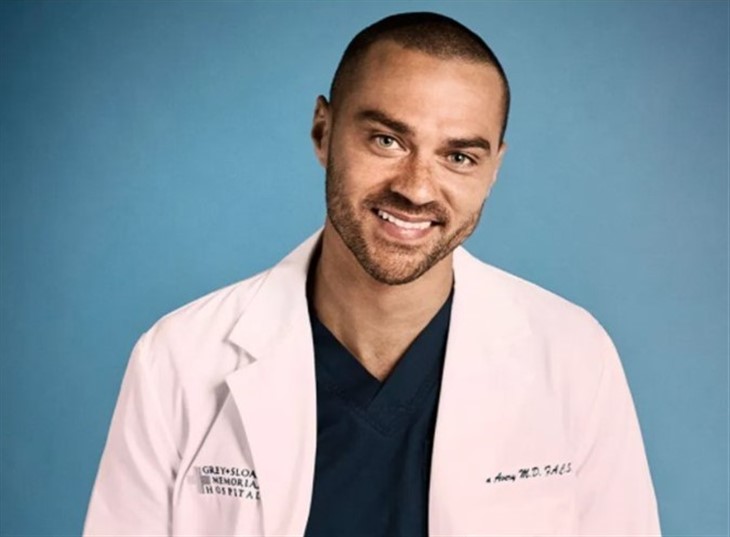 Grey’s Anatomy spoilers and updates reveal Jesse Williams will not be returning to the ABC series after this season.

Williams who plays Dr. Jackson Avery will appear in his final episode – titled “Tradition,” set to air on May 20- ahead of season 17’s finale.

The character’s exit was hinted at in this week’s episode where Dr. Avery wants to leave Grey Sloan Memorial Hospital and move to Boston to take over his family’s foundation to create “real racial equity in medicine.”

Though His Exit Signals The End Of An Era For The Show, Fans Have Shared Hopes For A “Japril” Spinoff

After making his decision, the character is seen asking his ex Dr. April Kepner (Sarah Drew) and their daughter Harriet to move with him, with April noting that she’d split with her husband, leaving hope for fans that there was a future for the pair.

Speaking to Deadline, Williams, 49, said, “I will forever be grateful for the boundless opportunities provided me by Shonda, the network, studio, fellow castmates, our incredible crew, Krista, Ellen, and Debbie,” continuing, “ As an actor, director and person, I have been obscenely lucky to learn so much from so many and I thank our beautiful fans, who breathe so much energy and appreciation into our shared worlds. The experience and endurance born of creating nearly 300 hours of leading global television is a gift I’ll carry always. I am immensely proud of our work, our impact, and to be moving forward with so many tools, opportunities, allies, and dear friends.”

Showrunner Krista Vernoff, added, “Jesse Williams is an extraordinary artist and activist. Watching his evolution these past 11 years both on-screen and off has been a true gift. Jesse brings so much heart, such depth of care, and so much intelligence to his work. We will miss Jesse terribly and we will miss Jackson Avery — played to perfection for so many years.”

After Williams’ exit was announced, many fans took to social media with hopes for “#Japril in Boston,” spinoff. Dr. Avery is not the only regular cast member to exit the show this season with the death of Giacomo Gianniotti’s Dr. Andrew DeLuca.

Sarah Drew And Jesse Williams Reunite As April And Jackson On The Set Of Grey’s Anatomyhttps://t.co/tFCZc3r8mq

In a previous interview Gianniotti had shared that he thought season 17 may be the final season of Grey’s Anatomy, which has not been renewed for season 18 yet.

The future of Grey’s Anatomy is unknown at the moment, but there is a possibility this season finale could also be the series finale

About the show’s future, Vernoff said that if the renewal doesn’t happen then she’s planning for a season 17 finale that could also function as a series finale. She said, “I’m planning for both contingencies and it’s hard and it’s not ideal. It’s not where I wish we were.”