Josh Duhamel Opens Up About Working With Jennifer Lopez, Calling It “Like Rekindling An Old Friendship” 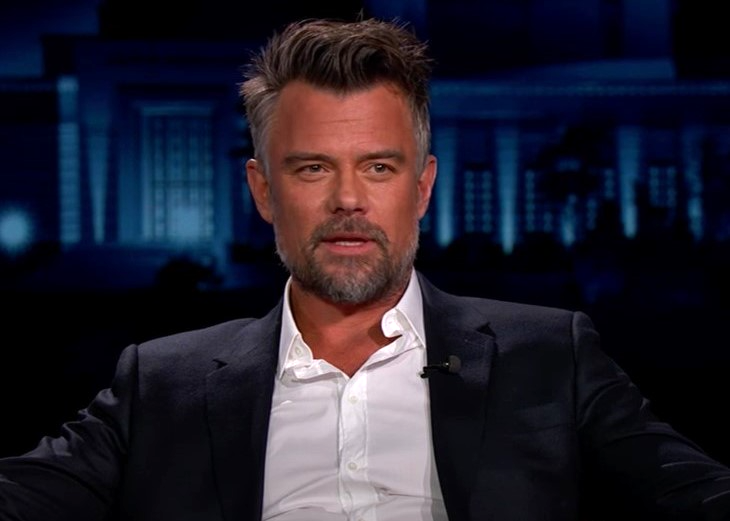 The All My Children star Josh Duhamel and the Hypnotico singer starred together in the forthcoming romantic comedy Shotgun Wedding, which just wrapped filming in the Dominican Republic last month.

Josh Duhamel recently spoke up about what it’s like to star with Jennifer Lopez in a movie, praising the 51-year-old actress and singer who he’s known for years.

Josh Duhamel appeared in a virtual interview on Wednesday’s The Tonight Show with host Jimmy Fallon. Fallon began the interview by inquiring Josh Duhamel, 48, of how his Shotgun Wedding costar Jennifer Lopez was doing, weeks after filming wrapped up for their upcoming movie. Jennifer Lopez also announced her split from Alex Rodriguez who she’s been dating since 2017 a week before filming for the movie wrapped up, after rumors of their breakup made headlines and put fans into a frenzy.

“I know you’ve just finished filming a movie with one of our favorites, Jennifer Lopez,” Fallon, 46, said. “How is J.Lo doing? And that’s really what I want to ask.”

“She’s fantastic,” Duhamel replied. “I’ve known her for years, and it sort of came to my attention that the job became available, and I got a chance to meet with her. It was like rekindling an old friendship with an old friend.”

Later on in his late-night appearance, Duhamel shared more details of life filming Shotgun Wedding alongside Jennifer Lopez in a weather that Jennifer Lopez handled a lot better than he did.

“We get to set, you know, the Dominican is hot and beautiful,” Duhamel was saying, before Fallon quickly added his opinion, “So is J.Lo,” to which Duhamel responded, “Yes, exactly.”

“It was very hot, and we were on the run from these pirates and these people that overtook the wedding,” he continued, referring to the film’s plot. “I’m like, ‘I just crawled out of a river half the time in this movie, I’m completely soaked and sweaty, and she’s just gorgeous throughout the movie.'”

“So I’m not sure we’re going to look like the perfect couple half the time because I’m this sweaty mess, and she’s, well, J. Lo,” he jokingly added.

All My Children Reboot: When Do New AMC Episodes Start?https://t.co/nTrontsTeM

In a Monday interview with PEOPLE (the TV show!), Duhamel further said that shooting with Lopez in the Dominican Republic made it into his list of best working experiences. “It was one of the best experiences I’ve ever had working, honestly. You’re in the Dominican Republic, which is absolutely beautiful. We shot at some of the most gorgeous places you’ve ever seen,” he said.

So I guess it all turned out great for Shotgun Wedding after all, since the movie’s early days were plagued by a scandal surrounding former cast Armie Hammer, who had been set to play the role. The actor dropped out of the movie in January after discussions with Lionsgate. The Transformers star was recruited for the role and well, let’s just say it was a great match, even if the wedding in the movie was a disaster.

Shotgun Wedding – produced by Jennifer Lopez and Ryan Reynolds – is about a couple bringing their families together for a destination wedding.

But things didn’t go according to plan and the wedding quickly went from dreamy to a disaster, with the couple fighting to free their families that have been taken hostage.
Shotgun Wedding will be dropping in June 29, 2022.