The Bold And The Beautiful (B&B) Spoilers: Douglas Wants Hope And Thomas Together – How Far Will He Go? 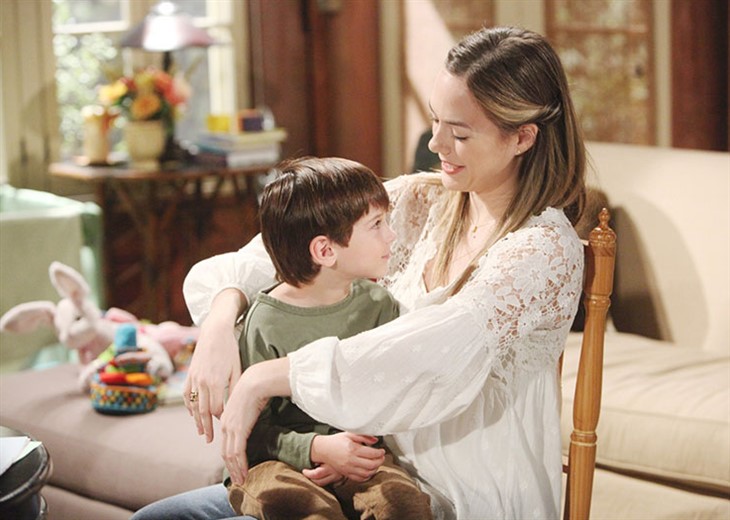 The Bold and the Beautiful (B&B) spoilers and updates reveal Douglas Forrester (Henry Joseph Saimiri) loves his parents. Douglas is the son of Thomas Forrester (Matthew Atkinson) and Caroline Spencer (Lindsey Godfrey). Douglas lost his mother Caroline. He and his father returned to Los Angeles after his mother’s death. Douglas found comfort from Hope Spencer (Annika Noelle). Thomas could see that Hope was good with his son. Hope began to form a close relationship with Douglas.

Thomas thought that Hope would be a good mother for Douglas to have. Hope was dealing with the loss of her daughter Beth Spencer (River Davison) when Douglas came into her life. She did not know that her daughter Beth was really alive and with Steffy Forrester (Jacqueline MacInnes Wood). Hope and her husband did not find out that Beth had been adopted by Steffy for a long time. Douglas was the one who told Liam that Beth was alive.

The Bold And The Beautiful (B&B) Spoilers: 3 Reasons Ridge Forrester A Suspect In Vinny’s Death

Liam and Hope were happy to have Beth back in their lives. They were able to be a family. Hope still cared about Douglas. She decided that she wanted to have a permanent place in Douglas’ life. She adopted Douglas as her son. Douglas was happy that Hope was going to be his mother. Hope and Liam had been happy in their relationship until Liam had a one-night stand with Steffy. It broke up Liam and Hope’s marriage because Steffy got pregnant. Liam and Steffy believed that the baby that she was carrying was Liam’s baby.

Steffy was saddened because she wanted the father of her baby to be Dr. John Finnegan (Tanner Novlan). Thomas found out that his friend Vincent Walker (Joe LoCicero) altered the paternity results to show that Liam was the father of Steffy’s baby. Thomas told Hope about the altered test. Hope and Liam were relieved that Liam was not the father of Steffy’s baby. Recently Hope has been able to forgive Liam for his one-night stand with Steffy. Douglas loves Hope and wants her to be happy. Douglas knows that Liam makes Hope happy. He cares for Liam as well.

Douglas loves his father. Thomas has had some issues that he has dealt with in the past. He had a brain injury. It was the reason that Thomas did some things that caused trouble for others. He has recovered from his brain injury. Douglas and Thomas have been able to get close again. They were together when Vinny was killed in a hit and run. Liam and his father Bill Spencer (Don Diamont) were out for a drive when Liam accidentally hit Vinny. Bill has been able to help Liam cover up the hit and run. However, Liam is having mental trouble because of the accident. Thomas wants to find out who killed his friend. Douglas can see that Thomas is upset over losing Vinny. He even asked Thomas if Vinny was with Caroline in heaven. It made Thomas feel better to think of Vinny with Caroline. Douglas still wants Thomas to be happy.

The Bold And The Beautiful Spoilers: Bill And Liam Doomed https://t.co/tQZhvChDkA pic.twitter.com/taZ35XPkn1

Bold and the Beautiful Douglas wants what is best for Hope and Thomas. Douglas is happy that Liam is home with Hope. However, Douglas might see that Liam is not acting in his right mind. Could Douglas start to think that it would not be good for Hope to be with Liam? Douglas knows that Thomas would want to support Hope.

Would Douglas start to think that Thomas would be better with Hope? Would he try to bring them together? Tune in to Bold and the Beautiful to find out if Douglas decides that he wants Hope and Thomas together.