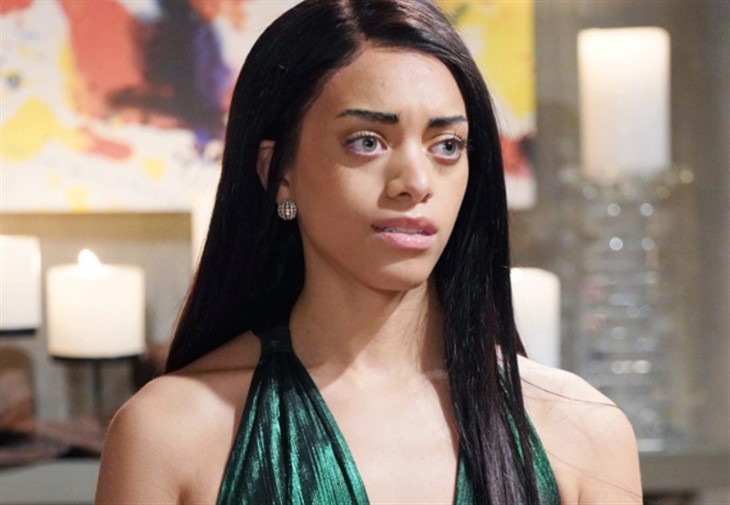 The Bold and the Beautiful (B&B) spoilers say that for Zoe Buckingham (Kiara Barnes), it has certainly been a very wild ride for her these last several years. Not only did she have to deal with the fallout stemming from her father’s whopper of a lie when it came to Liam Spencer (Scott Clifton) and Hope Logan’s (Annika Noelle) baby, but she’s also had to deal with the arrival of her sister, Paris Buckingham (Precious Way), who she is perhaps more than just a little jealous of.

Now it looks like actress Kiara Barnes is leaving the show to star in a new Fox reboot called Fantasy Island. And while Kiara is certainly going to be gone, what does this mean for her character Zoe? Here’s what you need to know.

The Bold And The Beautiful Comings And Goings – Kiara Barnes Departs – But Will Zoe Buckingham Come Back?

According to the latest edition of Soap Opera Digest, Kiara Barnes revealed that while she is super sad to be leaving B&B, she’s excited about the next chapter in her career. She’s been cast in the Fox reboot of Fantasy Island and will be wrapping up her run on the hit CBS soap in the coming weeks.

Kiara’s co-star Lawrence Saint Victor (Carter Walton) made it no secret that he is definitely going to miss her, but at the same time, he’s happy that she’s going out there and pursuing her dreams. He told the publication, “We’ve talked about goals, dreams, and desires and for this to happen is just amazing. It is bittersweet. I am going to miss her. I really enjoyed working with her. She is such a fantastic scene partner and what we had to do was something that neither one of us has ever had to do, which created a romance and create a relationship in the middle of a pandemic, where we were 8 feet away from each other. When she was crying, I couldn’t wipe a tear or even hold her hand.”

The Bold And The Beautiful Spoilers: Wyatt Misses Bill & Liam’s Criminal Conspiracy Left Out Of The Plothttps://t.co/3qb7aoIVRg

Now, whether or not Zoe comes back – with a new face, of course – remains to be seen. It wouldn’t surprise B&B fans if another actress took over Kiara’s role. Watch this space.