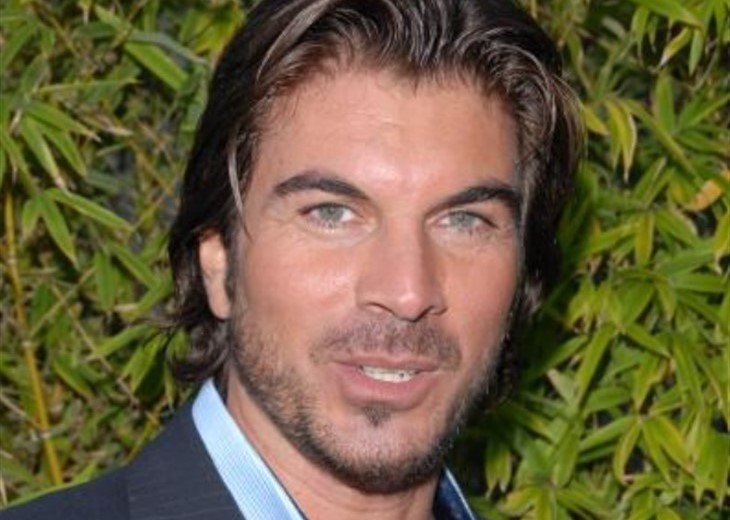 Days of Our Lives alum Victor Alfieri (ex-Franco) hasn’t been on the canvas in years, but the actor says that he has very fond memories of his daytime career. And while he would certainly entertain the idea of coming back to Salem, Victor says that a professional highlight for him is the 2003 remake of The Roman Spring of Mrs. Stone. Here’s what he has to say.

In a new interview with Soap Opera Digest, Victor says that working on the film was such an amazing experience for him, mostly because he got to work with some amazing people, including Oscar-winners Helen Mirren and Anne Bancroft. He says that because Anne is one of his favorite actresses, working on the film felt like he had won the lottery. That, and he also had the opportunity to work on the film very close to a place where his heart calls home. The actor was born in Rome, Italy and that’s where they filmed.

Victor told the publication, “We shot it, believe it or not, in Rome, and then the indoor scenes were shot in a studio in Dublin, Ireland. If you see the film, you will see they had such beautiful locations. I was very fortunate to get that job, and it was an experience I will always cherish and one that I will never forget.”

DOOL Spoilers – What’s Next For Victor Alfieri On The Small Screen?

And while it doesn’t look like Victor will be returning to the set of Days of Our Lives anytime soon, he has been keeping rather busy. He’s been doing some short films, including 3 Lives, Sea of Lies, and the television series Bones. He also has a new movie called Warrior which is in pre-production. Watch this space as we have a feeling that we will be seeing much more of Victor, both on and off-screen, in the coming weeks and months.

Days of Our Lives airs weekdays on the NBC network. Check your local listings for times. Are you a fan of daytime television? Be sure to catch up on everything happening with Days of Our Lives right now.

Come back to Hollywood Hiccups often for all the latest Days of Our Lives spoilers, news, and more soap opera cast updates.