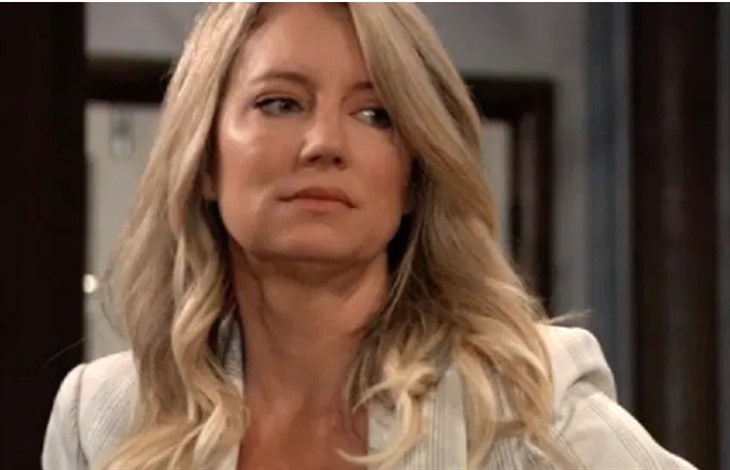 General Hospital viewers will remember from a recent episode of General Hospital that Sonny overheard a conversation between Elijah and another man outside the back door of the Tan-O. The other man was shaking Elijah down for more money and Elijah had told him he didn’t like shakedowns. The other man then threatened him with who had more to hide, him or Elijah? Even though this was one of the men who tried to rob the Nixon Falls firehouse dance, his threats could imply he has more on Elijah than just setting up the recent robbery!

Sonny has not felt good about Elijah Crowe the whole time he’s known him, and he has been suspicious that Elijah has had something to do with all the robberies that had been taking place in Nixon Falls recently, and he doesn’t trust him around Lenny and Phyllis Caulfield (Rif Hutton, Joyce Guy). Elijah tried to buy the Tan-O from the Caulfields “to help them out” and Sonny stepped in to save the Tan-O and Lenny and Phyllis’ livelihood. General Hospital viewers will have noticed that Sonny trusts Elijah even less around Nina Reeves, even though there seems to be some obvious jealousy over her! In this week’s sneak peek of Monday, May 10th’s General Hospital episode, Sonny warns Nina about Elijah and tells her exactly what he overheard and to stay away from him!

GH Spoilers – Sonny Corinthos Has A Warning For Nina Reeves

He tells her he has some news to tell her, and she can tell by his tone and the look on his face that it’s not good. Nina looks very worried and one can hear it in her tone of voice when she says, oh no. Sonny continues telling her what he saw and heard, telling her that he saw Elijah with one of the men from the firehouse dance. Nina is incredulous as she asks if he means one of the guys who tried to rob the place? Sonny confirms, and tells her yes, and that Elijah paid his bail! Sonny tells Nina in no uncertain terms that Elijah is bad news, and she shouldn’t go out with him. Just then, a door opens and Elijah walks in!