The Young And The Restless (Y&R) Spoilers: Victor Newman Puts A Dangerous Plan In Motion 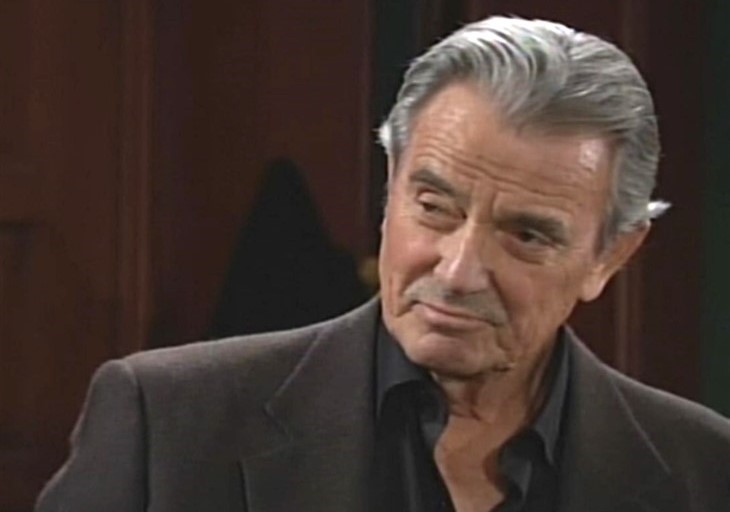 The Young And The Restless Spoilers – First, An Ultimatum

Viewers of The Young and The Restless will recall from a recent episode that Chelsea Lawson (Melissa Claire Egan) and Chloe Mitchell (Elizabeth Hendrickson) came back to the penthouse that Chelsea had shared with Adam Newman, (Mark Grossman) which of course actually belongs to Adam. Unaware they were being observed, they spoke freely about the frame-up job that Chelsea had successfully completed with Chloe’s help that resulted in Adam being charged with the poisoning by thallium of Rey Rosales (Jordi Vilasuso).

Then Victor, who had let himself in with his spare key, confronted them about what he had overheard, of course focusing in on Chelsea. Since then, he has threatened to take Connor Newman (Judah Mackey) out of school as leverage for Chelsea to admit her wrongdoing and clear Adam’s name. Chelsea has been running scared ever since and has been worried as to why Connor has not returned her texts.

Victor also mentioned to Nikki Newman (Melody Thomas Scott) about not allowing Connor to be raised by his con-artist mother! Victor has to place his chess pieces carefully and methodically if he is to win this game – and it sounds like Connor may already be in play! Longtime viewers of The Young and The Restless know that you don’t mess with The Moustache or his family – and that is exactly what Chelsea has done!

Over the next few episodes of The Young and The Restless, Victor will put his plan in motion to clear Adam by exposing Chelsea. As mentioned previously, he may already have removed Connor from school, or there could be some other reason Chelsea has not been able to contact him. But more than likely if Victor is using the custody of Connor as leverage over Chelsea, he’s already taken care of that issue ahead of time. As viewers of The Young and The Restless would know, Victor’s bark is not worth much without some bite behind it. Victor also has a sub-plan in order to get custody of Connor away from Chelsea, and that is to have her committed to a mental institution, which he will use to have her declared an unfit mother.

The Young And The Restless Spoilers: Sally and Jack Not Over – Romantic Round On The Way #yr# #youngandrestless

Victor will have to prove that Chelsea is unstable, and he will leverage her into confessing what she did to provide that mental instability so a judicial commitment can legally be done. He already has Chelsea scared enough that she is likely to make mistakes and incriminate herself further in the poisoning, and Chloe will be caught right up with her in it as an accessory! After all, Victor heard Chloe’s part of the conversation with Chelsea as well, and he doesn’t trust her a whole lot more than he does Chelsea! However, unless Victor recorded their conversation on a security camera in Adam’s penthouse, it may not be admissible as evidence in a court of law. But then, maybe it doesn’t have to be!