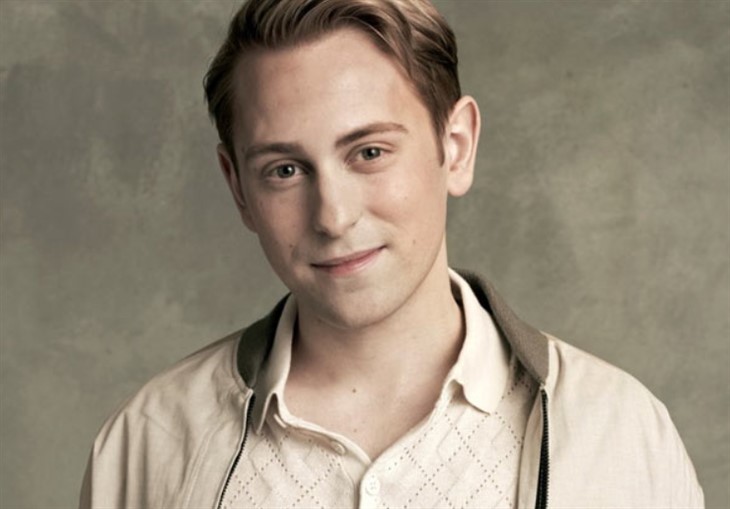 All My Children spoilers tease that show alum Eric Nelsen and his wife Sainty Nelsen have just shared the most wonderful news on social media. The two of them can be seen in a pic outdoors in which they set off gender reveal leading to tons of confetti filling the screen–it’s a lovely shade of blue!

All My Children Spoilers – Eric Nelson Is Expecting A Baby Boy

This will be their second child and he is due in September. They captioned the pic, “I can’t wait little E, hurry here buddy!”

The couple will celebrate their 8th wedding anniversary in November, shortly after their new little one arrives. For now, they are celebrating Mother’s and Father’s day as parents of one, a daughter named Molly.

All My Children spoilers – Eric Nelson Is Becoming A Dad Again

Nelsen plays Daniel Garrett on The Bay and fans flocked to his Insta to congratulate him and his wife. One fan wrote, “Congratulations! Wow brother!!! This is incredible!,” and another posted, “Congrats you beautiful humans.”

There was also a post by Mike Manning who recently departed his role as bad guy Charlie Dale on Days of our Lives. He wrote, “Niceee!!! Congrats man. Really excited for you both!!” 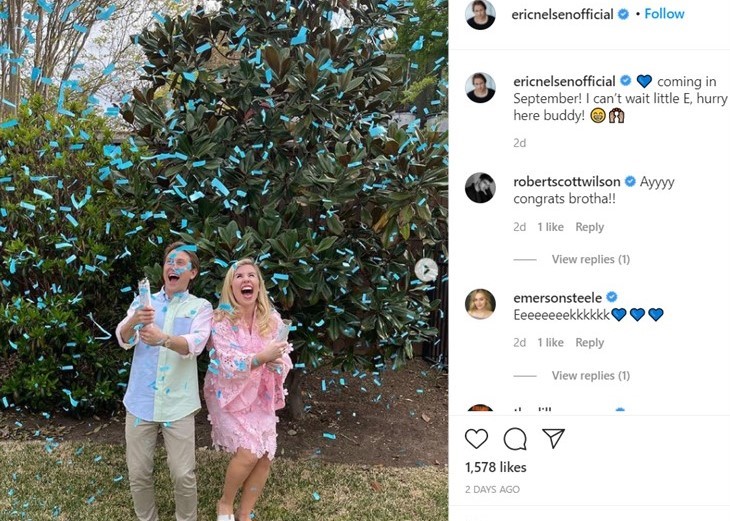 All My Children Spoilers – What Happens Next To Pine Valley?

Manning’s character left behind a spectacular whodunit murder mystery. Half of Salem either confessed or were accused of the crime. No one was very sad that Charlie bit the bullet, but the search for the killer has run far and wide.

In other soap news, it was recently announced that a AMC spinoff show could air in primetime. It is titled Pine Valley, the fictional setting of the cancelled ABC sudser. Former AMC actors and husband and wife team Kelly Ripa (Hayley Santos) and Mark Consuelos (Matteo Santos) are a part of the group working to bring the project to the screen.

Fans were ecstatic when the news came out about the show being in development. Not much has been heard more recently but fingers are crossed as what the world needs now is another soap opera, and one in primetime is even better!

It remains to be seen if the show gets off the ground and who from AMC may join the show. Will Susan Lucci bring Erika Kane back to Pine Valley? Stay tuned fans and come back here often for details and updates.

Be sure to catch up on everything happening with AMC right now. Come back here often for All My Children spoilers, news, and updates.