Days Of Our Lives Spoilers: Lani’s Crossroads, Kristen Begs Her To Keep Quiet 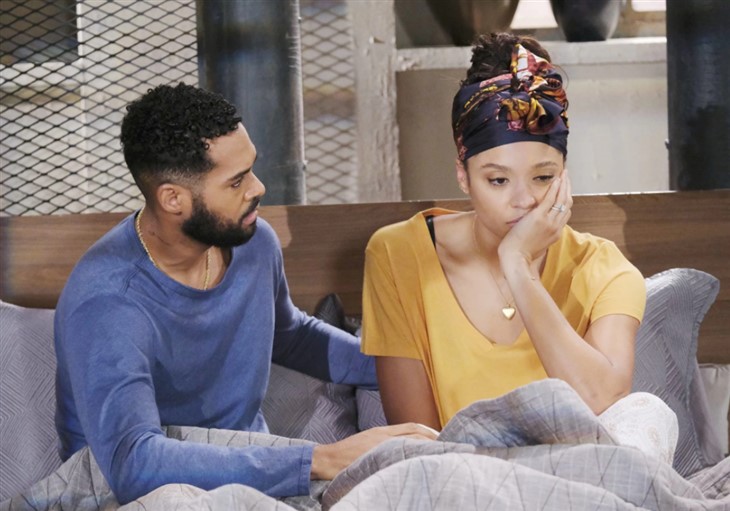 Days of Our Lives spoilers for the week of May 17 reveal that Lani Price Grant (Sal Stowers) will be at a crossroads. She learns from Eli Grant (Lamon Archey) that Kristen DiMera (Stacy Haiduk) is not in prison. Lani has a chance to talk to Kristen, who begs her to keep quiet and turn a blind eye. However, will Lani agree or could she finally do the right thing?

DOOL spoilers reveal that Eli learns that Kristen is out of prison. He is on a desperate search to find the escaped inmate. He has never liked the woman and certainly never trusted her. In fact, it led to a lot of conflict in his relationship. While Lani insisted on protecting her best friend in the past, Eli always felt compelled to follow the law. At one point, he nearly lost Lani due to him secretly recording Kristen’s confession. Eli tells his wife about Kristen’s latest antics.

Days Of Our Lives (DOOL) Spoilers: Xander Kiriakis Is Tempted To Return To His Criminal Ways

During the week of May 17, Lani and Kristen speak to one another. Despite them being best friends, this is actually the first time they have talked since Kristen slipped out of prison and put Susan Banks (also played by Haiduk) in her place. It sounds like Lani will catch Kristen by surprise. It’s stated that Kristen begs Lani to turn a blind eye.

Days of Our Lives spoilers reveal that in the past, Lani has gone to extremes in order to protect Kristen. Lani nearly lost her marriage, her children — who would have been born in prison, as well as her freedom. Eli had to take his own drastic actions to protect Lani. Each time that Kristen and Lani come face-to-face, it seems that the villain puts her best friend in a complicated and risky situation. This is no different and Lani will really have to think about the right thing to do is in this situation.

It is teased that a lot has changed for both Kristen and Lani. It is clear that Kristen is no longer the woman that Lani bonded with within the Italian convent. She is back to her old ways and this isn’t just about keeping Chloe Lane (Nadia Bjorlin) away from Brady Black (Eric Martsolf). Kristen is now hurting people and even hires an assassin to kill Lucas Horton (Bryan Dattilo) and Sami Brady (Alison Sweeney).

Plus, things are going pretty well for Lani right now. Her marriage is good, she is enjoying being a mom to twins, and is reconnecting with her aunt. She doesn’t want to risk anything, so there’s a good chance that Lani will do the right thing and expose Kristen’s whereabouts.