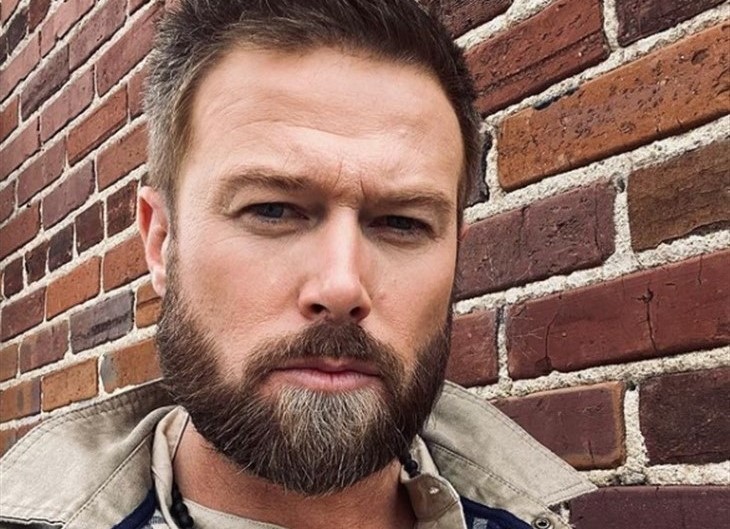 The Bold and the Beautiful (B&B) alum Jacob Young (Rick Forrester) is celebrating a wonderful milestone with his wife and his forever love, Christina Young. He’s just as romantic in real life as he is on the canvas. The couple has been married for over 14 years. Here’s what you need to know.

Even though Jacob is best known for his role as Jacob Young on B&B, he also starred as JR Chandler on All My Children and played Lucky Spencer on General Hospital back in April of 2006, which was when he and his wife Christina announced their engagement. It was wonderful news for the couple, but also sad news for the millions of daytime television fans who were absolutely in love with this charming soap star!

Jacob and Christina got married at the Westmount Country Club in New Jersey one year later. They now have three children, Luke, Molly, and Grace and from what fans can tell, are still living in wedded bliss. How lucky! 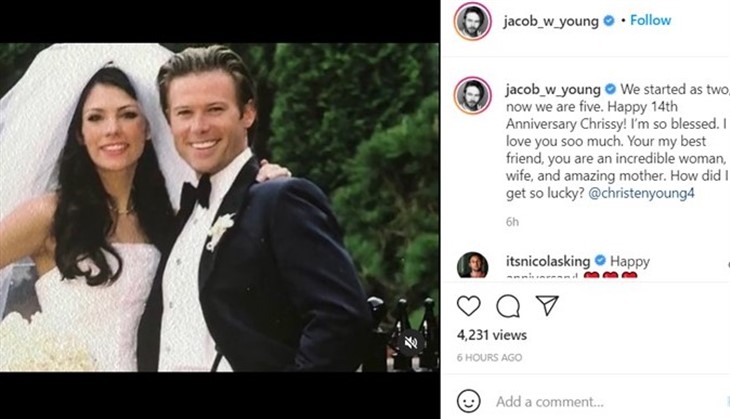 Meanwhile, there’s always been some sort of speculation about whether or not Jacob would return to The Bold and the Beautiful. Back in 2019, he was spotted visiting the show’s set which prompted many fans at the time to believe that he might be making his big comeback real soon. As many viewers know, he is the son of Eric Forrester (John McCook) and Brooke Logan (Katherine Kelly Lang).

Jacob Young himself has not made any comments about a possible comeback, however, he did hint not too long ago that he was looking to return to his daytime television roots. Jacob has also stated that he was also getting propositions from Days of Our Lives and General Hospital. Either way, fans would love to see him back on the canvas one way or another. It’s been way too long! For now, fans will just have to keep their fingers crossed for the future.