The Young And The Restless (Y&R) Spoilers: Eric Braeden Praises His Superstar Costar 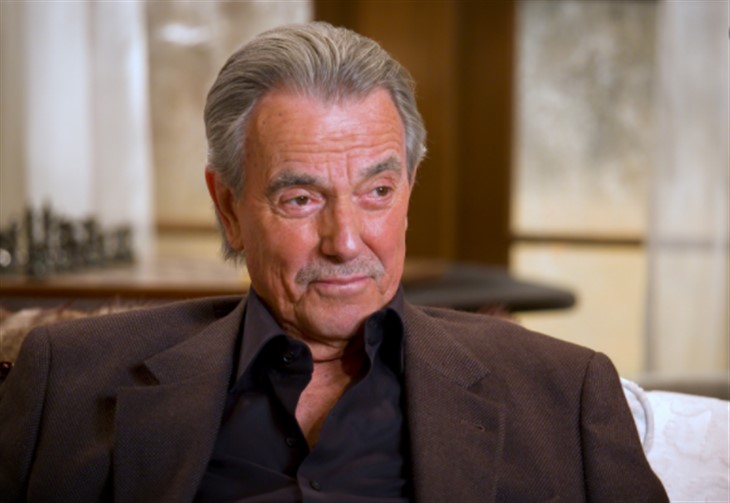 The Young and the Restless (Y&R) spoilers reveal that May Sweeps has been hot and turgid this season, with the drama in Genoa City, Wisconsin coming fast and furious. For starters, the ill-fated relationship between Adam Newman (Mark Grossman) and Chelsea Newman (Melissa Claire Egan) has been front and center as betrayal and intrigue take center stage.

A key cog in the storyline is Adam’s father, Victor Newman (Eric Braeden). The daytime vet recently spoke out about one of his costars and heaped praise on the talented actor.

This week Victor and Chelsea were in cahoots and the performance given by Melissa Claire Egan has some talking about her winning an Emmy. It involved her confession of being behind Rey Rosales’ (Jordi Vilasuso) poisoning. Egan has been nominated five times for the award, is this her year to finally score a trophy?

Braeden thinks so! He tweeted this about his costar, “did a wonderful job today! I knew it when we filmed it.”

“But,” he added, “seeing it on screen just confirmed it even more! That was a very difficult scene to pull off so believably, so honestly!”

In case you missed the stellar performance, here’s a quick recap. It went down in Victor’s immaculate living room, with Chelsea pretending to go cuckoo for Rey and Michael Baldwin (Christian LeBlanc).

She displayed the full range of emotions, from sad to desperate to scheming. Making it even more poignant was the fact that Chelsea accused Adam of having an affair with Sharon Newman (Sharon Case), Rey’s wife.

That isn’t quite true, but they were caught kissing and it was enough to send Chelsea over the edge. During her bravura performance, she explained in detail how she snuck into the Rosales house and slipped some rat poison into Rey’s toiletries.

The kicker was her admitting that she framed everything on Adam in revenge gone the wrong plot. After her confession, Adam was not sent to prison but is now a free man. Does this mean that Shadam is a sure bet?

Not necessarily since it has been teased that Adam gets involved with a new character this summer.

Congrats to Egan on bringing it to this storyline!