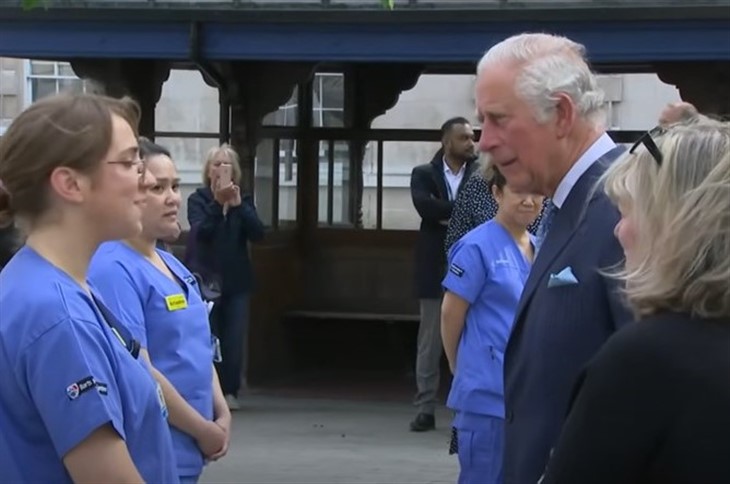 It seems that Prince Charles wants to make a round of visits to personally thank the people involved, one way or another, for making his father’s last days comfortable or his funeral something to remember.

In his first public appearance since Prince Philip’s funeral, the royal paid a visit to the Welsh Guards to thank and congratulate them for their part in his late father’s funeral procession, telling them that people from many nations agreed that “they had never seen anything quite so marvelous.”

In his latest public outing, the Prince of Wales stopped by at St. Bartholomew’s Hospital, a high-tech specialized hospital, in London to personally thank the hospital’s staff for all they had done for his late father. The facility was where the late Duke of Edinburgh, who passed away peacefully in his sleep at age 99, received treatment for his heart condition in March.

On Wednesday, Prince Charles paid a visit to St. Bartholomew’s London Hospital and asked to meet the team who treated his late father for his “pre-existing” heart condition.

“It meant an enormous amount to us that he came to visit and also that he met those involved in his father’s care. We were just so honored to have treated his father and it was wonderful to see the Prince of Wales today. It was particularly special that he got the opportunity to speak to some of our staff here ahead of International Nurses’ Day tomorrow,” the Chief executive of St. Bartholomew’s hospital said.

After his private meeting with the hospital staff, the Prince of Wales also headed outside the hospital to meet with nurses who serve in the frontlines of the COVID-19 pandemic.

Prince Charles asked 23-year-old Daisy Eden, a staff nurse, whether she enjoyed her job and she replied that she loves her job and enjoys working to help people. “You have the chance to be a light in a dark place for people. It’s a privilege.”

Charles then surprisingly walked about the property in order to meet with more staffers and greet the patients who popped out to see him.

“I couldn’t stop to thank you. Well done, all of you. You’re amazing,” he told them.