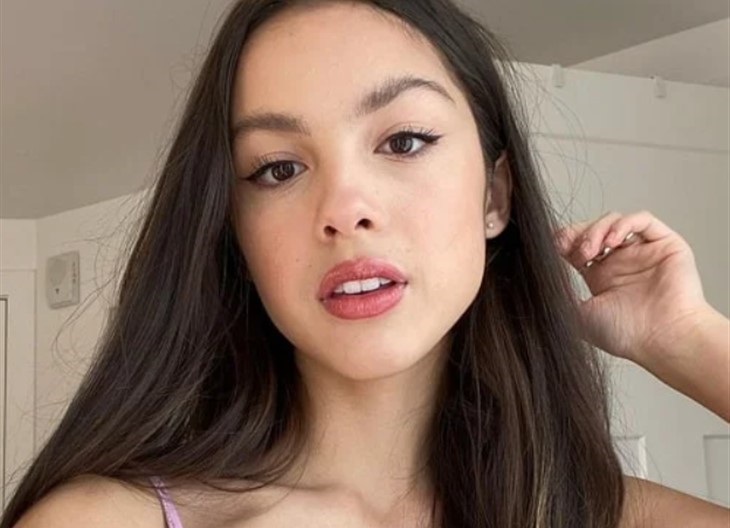 Olivia Rodrigo has revealed that she received a sweet and personal note from Taylor Swift congratulating her on the success of her debut single.

Speaking to Billboard, the “Drivers License” singer said, “I don’t want to divulge too much because it’s really sweet and personal, but she talks a lot about how, I think, you make your own luck in the world. And when you do kind things to others, good things come your way.” 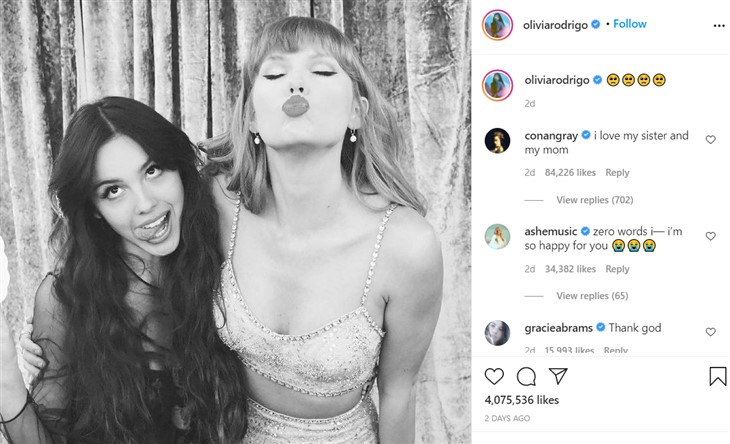 The 18-year-old singer who sees Swift as her idol gushed that the “Folklore” singer knew just the right advice she needed to hear, adding, “I don’t know, she put it so eloquently, and when I say it now … it’s not as cool.”

A Long-Time Fan Of The Genre-Defying Singer, Olivia Rodrigo Got To Meet Her Idol At The Brits 2021

Rodrigo who has always open about Swift’s influence on her music recently got to meet her hero at the Brit Awards 2021 where the duo posed a silly photo together.

The teen singer, Swift who also rose to stardom as a teen is a mentor and friend. Earlier this year Rodrigo mentioned Swift saying that she felt lucky to have the Grammy winner to look up to.

In an interview with SiriusXM earlier this year, Rodrigo said, “I think she’s incredible. All of her support and genuine compassion and excitement for me has just been so so surreal.”