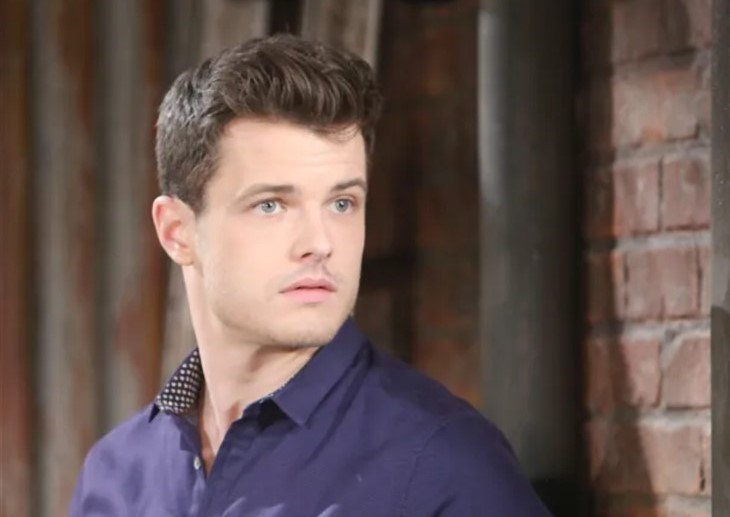 The Young and the Restless (Y&R) spoilers reveal Kyle’s breath taken away when his young son attends his Genoa City engagement party.

The Young And The Restless Spoilers – Engagement Party Mayhem

Summer (Hunter King) and Kyle (Michael Mealor) were thrilled to be with their family at Society to celebrate their 10th engagement (ok, we exaggerate a bit). For some reason, Jack (Peter Bergman) thought the fact that some family members were going to be late made it a good time for a first toast. Well, that first toast had quite a Friday interruption when Tara Locke (Elizabeth Leiner) walked in with a curly-haired little blonde boy holding her hand.

When we pick up again, Kyle learns his instincts are correct and Tara is there with Harrison, the son he never knew he had until a few months ago. He told Mariah (Camryn Grimes) and Summer he has a little boy and why he agreed not to have anything to do with him — fear of Ashland Locke (Richard Burgi) and of disrupting the boy’s life.

But Jack is there and has no clue. If Jack learned about this secret, Kyle would have a whole lot of explaining to do. And he’d probably have even more explaining to do if Phyllis (Michelle Stafford) ever found out.

Y&R Spoilers – Why Is Tara Locke Even There?

Before any secrets can come out, Kyle wants to know what Tara is doing back in Genoa City with their son. She indicates that she needs to speak to him about an urgent matter so Kyle sends her over to The Grand Phoenix to wait for him. That throws the kibosh on the engagement party as Summer urges Kyle to leave and find out what Tara wants sooner rather than later.

When they talk, Tara reveals that Ashland knows about her affair with Kyle and kicked her out while threatening to get custody of Harrison. She knows if she can prove Kyle is the father that Ashland doesn’t stand a chance so she needs Kyle to take ownership of the situation now. That means this secret is going to come out before Kyle was ever ready. Stay tuned to The Young and the Restless weekdays to see how this story plays out.