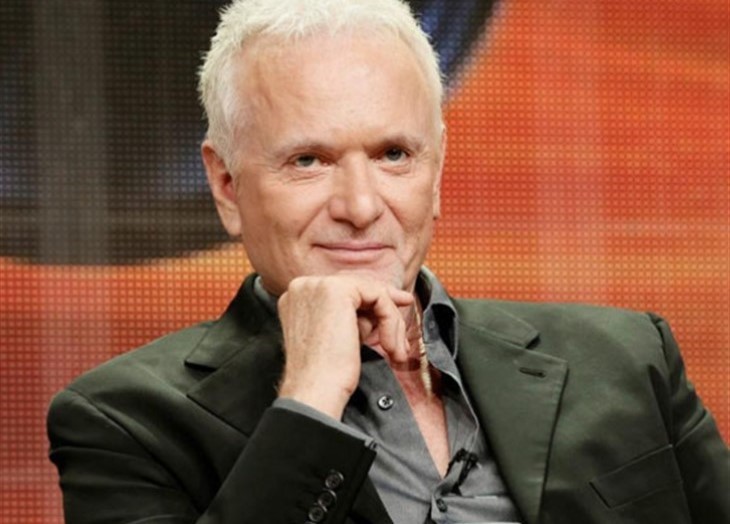 Longtime General Hospital viewers will remember that Luke Spencer has featured in the very first ever Sean Donely storyline. This was in 1984, and Luke had been on the run from some murder charges and had called Robert Scorpio, (Tristan Rogers) his best friend for help. It was Robert who sent him to Sean, who was an old friend of his and had been Robert’s boss in the WSB. This was during the time of the Aztec treasure storyline, which also introduced General Hospital fans to Felicia Scorpio (Kristina Wagner) then Felicia Cummings. Felicia is an Aztec princess by birth, and the Aztec treasure was her family’s treasure.

General Hospital Comings And Goings: Shenanigans From A Sinister Newbie & A Tribute To A Dear Friend

Many were after the Aztec treasure, including Sean himself. He had gone into retirement but got bored and Sean craved the old excitement of the spy world, especially when he was going up against the challenge that Robert Scorpio presented. Eventually, however, Felicia was able to recover her family treasure, which had been stolen, with the help of Frisco Jones (Jack Wagner) who would eventually become her husband and the father of her two daughters, and Robert, Sean, Anna Devane (Finola Hughes), Holly Scorpio (Emma Samms), Luke and Laura Collins (Genie Francis) who was still married to Luke at the time.

Of those who have been announced to appear on the special episode, Felicia, Mac, Anna, and Laura are pulled into a mystery involving Sean’s daughter, Annie Donely (Caitlin Reilly). Anna and Robert’s daughter, Dr. Robin Scorpio-Drake (Kimberly McCullough) will also appear but likely only at the memorial service. Emma Samms has been recovering from long Covid and Holly is presumed dead, to be rescued in future episodes when she can safely tape episodes again. That leaves Tony as Luke the only one who could possibly be the top-secret surprise guest!

Longtime General Hospital viewers feel it would only be fitting for Luke to be included in a tribute episode to Sean Donely, considering he, Robert, and Sean were involved in many adventures over the years. The appearance has been touted by the powers that be as a super top secret special guest, and viewers haven’t seen Luke since Tony retired several years ago. His wife, Tracy Quartermaine (Jane Elliot) has made several appearances on General Hospital since she retired, a couple of years after Tony did. However, she didn’t move overseas as he did.

General Hospital (GH) Spoilers: Here’s Why Peter August Must Be Stopped At All Costs #GH #GeneralHospitalhttps://t.co/i2H5o23YDk

Tony moved to Amsterdam, The Western Netherlands, and has only made one very short appearance, with Jane, on May 4, 2017, where Tracy went to a coffee shop and encountered Luke, who had left on a journey to find himself in 2015. Even if Emma Samms had been able to film in person, her presumed death in a storyline would entail the mystery of her disappearance is solved, and the mystery is supposed to involve Annie. Samms herself has not given any indication on her social media that she has been able to leave her home country of Great Britain. Tony Geary would certainly qualify as a super top-secret guest!