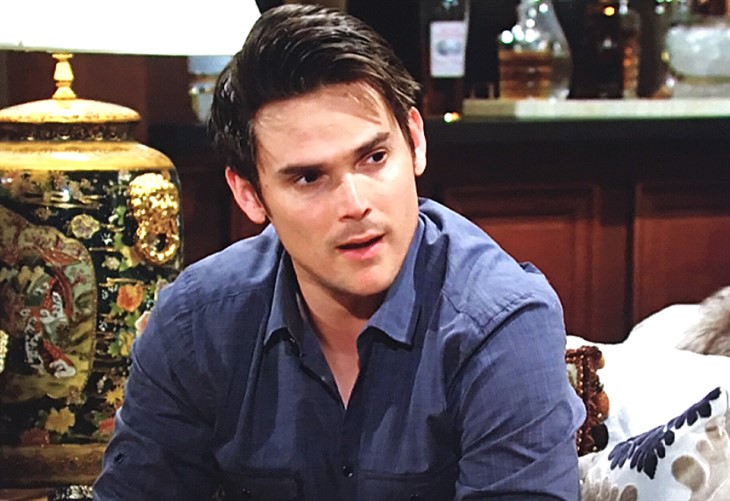 Adam didn’t have to get help for his brother in Kansas, but he did. Grossman’s alter ego didn’t have to return to Genoa City, Wisconsin, or reveal himself to Rey either. But that happened and, as the audience suspects, Adam’s innocence is likely to be proven after Faith gets the kidney she desperately needs.

The Young And The Restless Spoilers – Chelsea Lawson Is Guilty

The overriding factor in this storyline involves Chelsea Lawson (Melissa Claire Egan) being guilty of poisoning Rey and framing Adam for her crimes. So, that’s what makes optimism for his future realistic.

Nick, Rey, Faith and everyone who is certain that Adam is guilty will be forced to admit that they were wrong. He has been telling the truth and also risked his freedom on two occasions for the sake of Sharon Rosales’ (Sharon Case) daughter.

Y&R Spoilers – Nick Newman And Rey Rosales To Be Humbled

Nick and Rey remain conflicted about Adam’s guilt, but they haven’t overly fretted about it. They recognized that his actions didn’t match that of a villain. Yet, both of Adam’s detractors compartmentalized speculation and the facts that exist.

Both men will be humbled when all is revealed. Nick has already made promises to Adam that he should deliver on in some revamped fashion. Morrow’s character is less likely to need to help Adam escape, with an apology and some soul-searching inserted instead.

As for Rey, Adam is a legitimate threat to his marriage. But clouded judgment, rather than affirmed instinct, will push the detective to eventually clear the name of his nemesis.

The noun grace isn’t one that is traditionally included in a sentence with Adam’s name. As readers can see the word was even distanced from his chosen, lead moniker in the last sentence.

The Young And The Restless (Y&R) Spoilers Monday, May 10: Adam To The Rescue, Chelsea At The End Of Her Rope https://t.co/r6u9TDCNW7 pic.twitter.com/rBYVgVGgf2

If Adam is truly sincere about putting in the work that will be needed to build an honest reputation, then he will exhibit grace in victory. Those who he’s wronged through the years were inclined to believe the worst about him, rather than just being needlessly condescending. He would be wise to not lash out at Nick and Rey, in particular.

Victor Newman (Eric Braeden) remains his embattled son’s greatest champion. With that type of strong support, Adam might be able to create a working relationship with his brother. But this is Adam, so no path forward is ever easy, clear, or certain on Y&R.