Bold And The Beautiful (B&B) Spoilers: Will Wyatt And Flo Romance Survive? 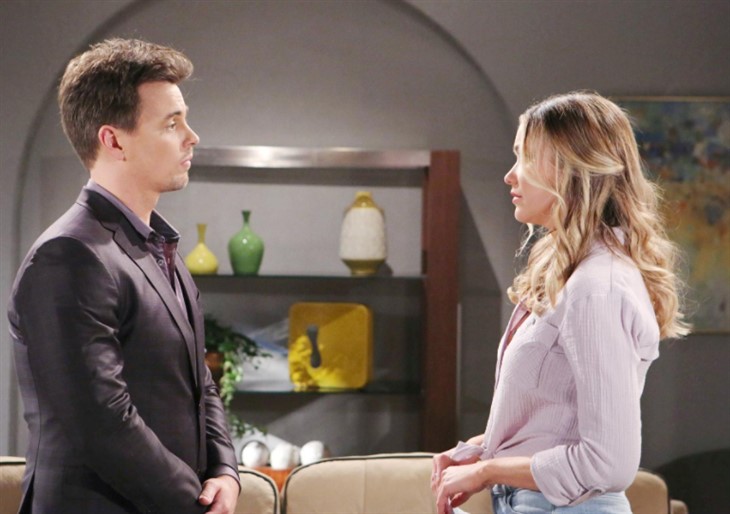 Bold and the Beautiful (B&B) spoilers show Wyatt Spencer (Darin Brooks) and Flo Logan (Katrina Bowden) are in a good place in their relationship. They are engaged to be married. Wyatt and Flo were childhood sweethearts that parted ways. Later they found each other again. They have found a way to overcome some difficult problems.

The Bold and the Beautiful recap and spoilers reveal Flo had been part of a scheme that Dr. Reese Buckingham (Wayne Brady) had been running with Hope Spencer (Annika Noelle) and Steffy Forrester (Jacqueline MacInnes Wood) which caused Flo to have legal troubles.

Flo has regretted the part that she played in the scheme. She has done many things to make amends for her involvement. Wyatt believed in Flo and did what he could to help her. Flo supported Wyatt when he thought that his former girlfriend Sally Spectra (Courtney Hope) was dying.

Flo and Wyatt were relieved to find out that Sally was not going to die and was in good health on The Bold and the Beautiful. They were able to move on with their relationship. Wyatt and Flo do not know that they are going to have to face many problems because of Wyatt’s family.

Wyatt has been concerned about his brother Liam Spencer (Scott Clifton) and his father Bill Spencer (Don Diamont). He believes that they are keeping something important from him. Wyatt does not know that Liam and Bill have been trying to cover up how Vincent Walker (Joe LoCicero) died. Liam and Bill were out for a ride when Liam accidentally hit Vinny with the car. Bill was able to cover up the fact that Liam killed Vinny. Wyatt can see that Liam is worried about something even though Liam should be happy that he got back with his wife Hope.

According to The Bold and the Beautiful spoilers, Liam had a reason to want to kill Vinny because of the altered paternity test. Wyatt knows that Liam has been upset ever since Vinny died. Wyatt was suspicious when he found out that Bill sold his rare car. Wyatt will want to help Liam and Bill when he finds out what happened to Vinny. Wyatt may or may not tell Flo about the situation with Bill and Liam.

Wyatt and Flo both care about Quinn Forrester (Rena Sofer). Quinn is Wyatt’s mother. She has supported Wyatt and Flo’s relationship. Flo has known Quinn for most of her life because she is her mother Shauna Fulton’s (Denise Richards) best friend. Quinn has had some problems with her marriage to Eric Forrester (John McCook) because she tried to sabotage his son Ridge Forrester (Thorsten Kaye) and Brooke Logan Forrester’s (Katherine Kelly Lang) marriage. Quinn turned to Carter Walton (Lawrence Saint-Victor) for support but has ended up having an affair with him.

However, Flo will have some problems because she wants to be loyal to her Logan family on The Bold and the Beautiful. It took a long time for Brooke and the rest of the Logan family to accept Flo even though she is the long lost daughter of the late Storm Logan (William deVry).

Bold and the Beautiful Wyatt and Flo are going to have to face many issues in the future. They are going to have to find a way to stay together while helping Wyatt’s family. Wyatt will have to decide if he will put Flo at risk when he find out about Liam and Bill. Can Wyatt keep their secret without losing Flo? Will Wyatt decide to tell Flo about Liam and Bill even though Flo might get into trouble with the law?

The Bold and the Beautiful soap spoilers tease Wyatt and Flo will have to deal with the fallout of the Quinn and Carter’s affair. They will have to decide how they will support Quinn. Will Wyatt understand if Flo needs to stay loyal to the Logan family in regards to Quinn? Can Wyatt and Flo find a way to stay together when they have to face the challenges that are coming their way?