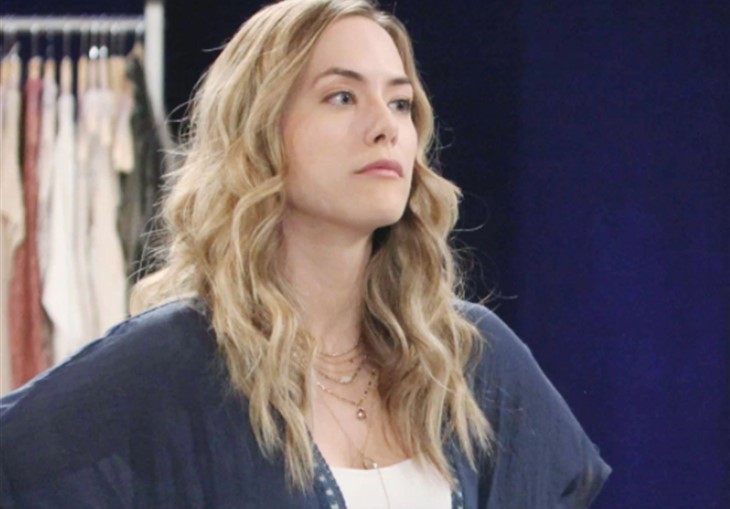 Lovebirds Hope and Liam are blissfully reunited after overcoming another obstacle. Yet, more problems will ensue, cutting short their reunion.

Unbeknownst to Hope, Liam’s keeping a big secret, that will not only destroy their family but send him away to prison.

The Bold and the Beautiful spoilers  – Liam Spencer Unraveling Over Guilt

Ever since accidentally hitting Vinny Walker (Joe LoCicero) with his car, Liam’s been wrecked with guilt. He’s responsible for Vinny’s death, and he knows the right thing is, to tell the truth. But that’s not possible with his dad Bill Spencer (Don Diamont) taking charge.

Although Liam disagrees with Bill’s cover-up, he also doesn’t want to face the prospect of prison. There’s a lot Liam stands to lose if the truth about Vinny’s death were to come out. He’s reluctantly following Bill’s lead, but Liam’s conscience weighs heavily on him.

It’s only a matter of time before Liam slips and blabs his secret. And it’ll be a person close to him who discovers it.

So far Liam has done a good job of keeping his secret. Although Hope’s asked him to be honest with her moving forward, he can’t bring himself to confess to Vinny’s murder. But it’s only a matter of time before she learns the truth.

Odds are Liam won’t confess and Hope will stumble upon his secret. She’ll either overhear a conversation between him and Bill or Liam will reveal the during a sleepwalking episode.

When Hope confronts Liam with what she heard, he’ll then have no other choice, but to come clean. Hope is going to be stunned by Liam’s confession, which will leave her in a tough spot.

The Bold And The Beautiful Spoilers: Why Was Vinny On The Side Of That Death Road?https://t.co/xrcmNWkxb6

The Bold and the Beautiful spoilers – Hope Logan’s Dilemma

Hope is once again going to find herself torn between Liam and Thomas Forrester (Matthew Atkinson). Although she and Thomas aren’t romantically involved, the two have become friends as they co-parent Douglas Forrester (Henry Joseph Saimiri).

Hope cares about Thomas’ well-being. He’s been going through a difficult time as he groves the death of his friend Vinny. Thomas wants answers about Vinny and has vowed to make the person responsible for his death pay.

Now that she’s learned Liam is responsible for Vinny’s demise, Hope’s left with a tough dilemma. She knows if this comes out, it’ll spell the end of Liam’s freedom. What happened to Vinny was an accident, yet the police won’t see it that way. Hope knows Liam’s a good man and doesn’t deserve to go to prison.

Although she wants to protect Liam, she also can’t ignore what he did was wrong. She’ll then have to decide whether come forward with what she knows. Or participate in the cover-up to protect Liam and their family.