The Young And The Restless (Y&R) Spoilers: Rey Suspects Chelsea Faked Her Breakdown And Aims To Prove it 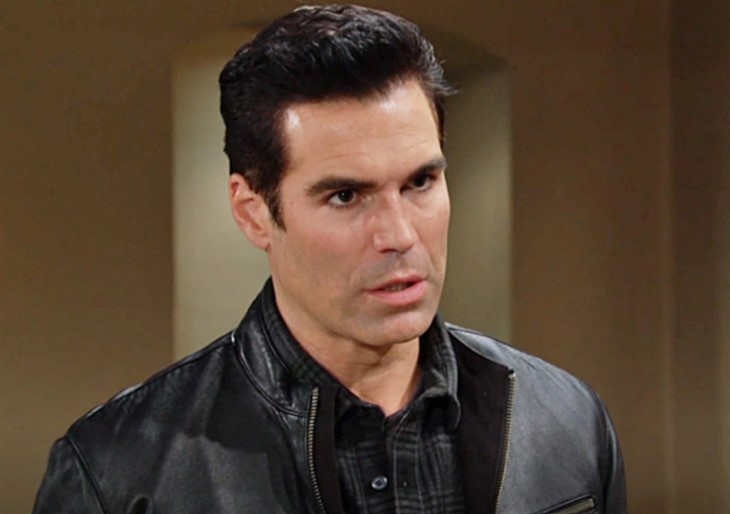 The Young And The Restless Spoilers – Rey Rosales Knows Chelsea Lawson Faked Her Recovery Status, So….

Viewers of The Young and The Restless will recall that Chelsea, with Victor Newman (Eric Braeden), District Attorney Michael Baldwin (Christian LeBlanc), and a psychiatrist in the room confessed that she poisoned Rey, framed Adam Newman (Mark Grossman), and faked her recovery status. Chelsea had recovered much sooner than she let on and had played paralyzed and not being able to speak for at least two months. Rey knows that Chelsea was a con woman going back many years, and being forced to admit it wasn’t Adam who poisoned him humbled him a little bit and Rey doesn’t particularly care to be humbled!

Rey definitely wants to bring someone to justice and he doesn’t like the idea of Chelsea getting away with just a stint in the psych ward. Viewers of The Young and The Restless can expect that Rey will continue to be suspicious because Chelsea will not receive any real punishment in a mental health facility like she would in prison. Since she so expertly faked her recovery all those months without even Rey suspecting she was faking, now he doubles down on his suspicions that she faked her breakdown as well – it’s just simply too much of a neat and tidy package. Adam is exonerated, Chelsea skates, and nobody pays! Oh, and Victor – was he in on the plot as well? Rey figures he was but he cannot prove it. He might be able to prove that Chelsea faked her breakdown, however!

Viewers of The Young and The Restless will recall that District Attorney Michael Baldwin, who is good friends with Victor Newman, was right there in the room when Chelsea spiraled. In order to try and get a warrant for a second opinion Rey would likely have to convince Michael that Chelsea may have been faking, in order to avoid prosecution. In real life, “pleading insanity” has nothing to do with actual mental illness. Some viewers of The Young and The Restless may know that the legal definition of insanity is to not know the difference between right and wrong – it is more a test of morality than it is of insanity.

If a person suffers a psychosis and is unaware of their actions, or suffers from a brain tumor or dissociative identity disorder and commits a crime then sometimes the medical definition and the legal definition cross. Longtime viewers will remember that Chief Paul Williams (Doug Davidson) had a sister named Patty Williams (Stacy Haiduk) who committed several crimes and was deemed insane and institutionalized. Rey knows that Chelsea is nowhere near Patty Williams’ level of crazy – Chelsea may be crazy but she’s crazy like a fox with a method to her madness! Rey just has to prove it and that will take a second opinion, but will DA Michael Baldwin agree to his plan?