Days Of Our Lives (DOOL) Spoilers: Jan Reveals What Happened The Night Charlie Was Murdered 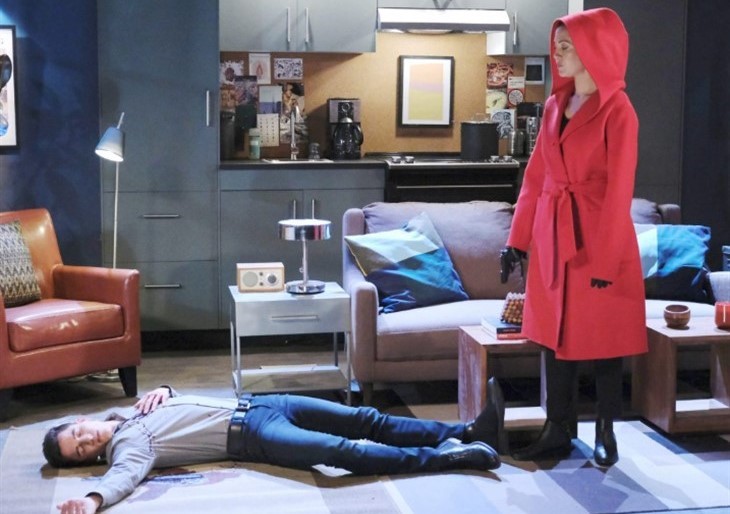 Days of Our Lives (DOOL) spoilers tease that Jan Spears (Heather Lindell) will reveal what happened that night that Charlie Dale (Mike C. Manning) was murdered to Claire Brady, (Isabel Durant) in an upcoming episode of Days of Our Lives, but will she be telling the truth?

Days of Our Lives viewers will recall that Claire’s dad, Shawn Brady (Brandon Beemer) came up with a plan to play head games with Jan in order to coerce a confession from her regarding the murder of Charlie Dale. John Black, (Drake Hogestyn) under hypnosis had seen who he thought was Belle Black Brady (Martha Madison) shoot Charlie but he only saw her from the back and recognized her red coat, which Shawn had bought her for Valentine’s Day. In addition, Salem Police Commissioner Rafe Hernandez (Galen Gering) had found a red button matching Belle’s coat that he had overlooked in the forensic evidence bag.

Of course, Belle would have been wearing that coat when Rafe found the button, and District Attorney Melinda Trask (Tina Huang) would have had to be present when he found it, pressuring Rafe to take Belle into custody! As Days of Our Lives viewers know, more forensic testing undoubtedly could have been done to see if the button matched a lot of buttons made by the manufacturer against the remaining buttons on Belle’s coat, but Trask was in a hurry to close the case and would not allow any more testing! As far as she was concerned, Belle was the only person of interest, having motive, means, and opportunity to murder Charlie, and her coat was missing a button that matched the one in the bag! So, Shawn had to come up with a plan to try to get Jan to confess.

Days of Our Lives viewers know that Claire would not willingly talk about anything with Jan, and even less so now that she knows Jan has been conscious much longer than she claimed and even fooled the doctors! Days of Our Lives viewers know that Jan had motive, means, and opportunity to kill Charlie, and Claire knows exactly what the motive would be and that would be to frame Belle! Jan claims to be all over her obsession with Shawn, and he tests Jan, with Belle’s full approval in order to get her to confess.

Claire is also aware of the plan just in case Jan approaches her, and approach her she does, and likely even more! Jan likely takes Claire hostage again. She tells her captive audience all about the night that Charlie died, and she has to admit she was there for her to know anything about it, so she does. She will tell her that she, too was in Charlie’s apartment building, claiming she wanted to check out the building and surroundings before contacting the leasing office about potentially moving there and saw Belle enter!

Jan says she waited and watched in a private place and heard a gunshot, then saw Belle leave! She didn’t want to get involved but she waited a while longer, through John looking in and leaving, and waited until Rafe showed up! Jan knows some of the details and the timeline of people going and coming but she doesn’t know all of them! Claire has no choice but to listen to Jan try and convince her that her mother was a murderer and that she killed Charlie for her!