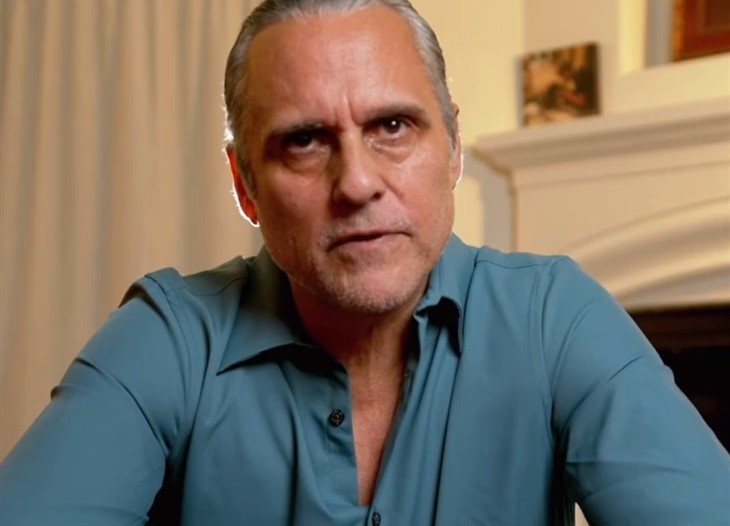 General Hospital (GH) spoilers reveal that legions of fans are wondering when the Smike storyline involving Sonny Corinthos (Maurice Benard) as Mike is going to end.

Sonny fell off of a bridge during the holidays and he hasn’t been seen in Port Charles, New York since. He thinks he is Mike and living large in tiny Nixon Falls where no one has a tv or reads about anything relevant apparently. Otherwise, they would know they have the East Coast’s most notorious mobster in their midst.

General Hospital spoilers: Maurice Benard Is Having Fun As Smike

While Mike is in his alternate universe, Nina Reeves (Cynthia Watros) has found him but is keeping her little secret to herself—bad girl!

She tried to do the right thing and tell his wife Carly Corinthos (Laura Wright) that she had found the amnesiac, but Carly roasted her own bacon by being rude and insufferable to Nina which caused Nina to hold back.

Now Mike is falling for Nina Reeves (Cynthia Watros) and vice versa and where this fauxmance ends up is anyone’s guess.

GH Spoilers – Smike Is Having A Blast

How long will this storyline play out? Some fans are loving Smike-time but others are over it already. Now two-time Daytime Emmy-winner Benard is speaking out about what he thinks of his new plot after playing Sonny for decades.

General Spoilers – What Happens Next In Port Charles, New York?

He went on social media to say, “First of all I haven’t left. I do have a [another] job but that’s not till later.”

“The actors I’m working with are amazing,” he added. “I miss Sonny as much as you do. That’s all I know.” Benard also noted of Watros, “[S]he makes it easy to come to work.”

Just when fans think the plot is coming to an end, there is another twist and turn. It looked like Mike might return to Port Chuck after he took down a would-be robber at the Tan-O but that speculation went nowhere. Then when Jasper Jacks (Ingo Rademacher) turned up in Nixon Falls fans thought for sure the gig was up and he would discover Sonny. When will the Smike storyline end? For now, there is no end in sight.