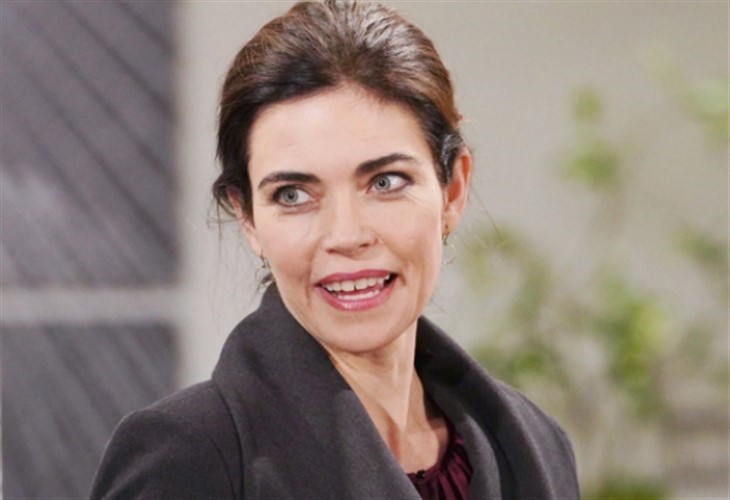 The Young And The Restless Spoilers And Rumors – More Than A Business Deal?

Viewers of The Young and The Restless will recall that when Ashland first came to Genoa City and Victoria, her father Victor Newman (Eric Braeden) and her ex-husband Billy Abbott (Jason Thompson) were in a contest to buy Cyaxeres Media from him, there was some definite chemistry between Locke and Victoria! Some viewers wondered if she was going to try to influence his sale with her feminine charms, but it didn’t quite get that far. It turned out that Victor won, but then Ashland reneged on the deal, and as viewers of The Young and The Restless will also remember, Victor took advantage of Ashland having a heart attack to make him sign the company over to him, which now he will run with his son Adam.

The Young And The Restless (Y&R) Spoilers: Rey Suspects Chelsea Faked Her Breakdown And Aims To Prove it

Adam was cleared of the criminal charges that had caused Ashland to renege on the deal when Chelsea Lawson (Melissa Claire Egan) confessed she had poisoned Rey Rosales (Jordi Vilasuso) in order to frame Adam. Now, however, Ashland Locke will return to Genoa City, likely to try to retrieve Harrison Locke (Kellen Enriquez) from his mother Tara Locke (Elizabeth Leiner) after he kicked her out of their home upon her confession of a past affair with Kyle Abbott (Michael Mealor). She crashed Kyle and Summer Newman’s (Hunter King) engagement party to seek help from Kyle to hide her and Harrison. As for Ashland, flirtatious as ever, he and Victoria had drinks at Society and shook hands on some kind of deal – and it looked like more than a business deal!

Y&R Spoilers And Rumors – Will Victoria Newman Literally Hook Up With Ashland Locke?

Victoria’s attraction to the powerful Ashland Locke is not lost on viewers of The Young and The Restless, and he certainly appears to be into her as well! It would be the supreme insult as well as the supreme revenge for Victoria against the rest of the Newmans for their sudden, and as far as Victoria is concerned, unwarranted acceptance of Adam’s redemption for her to literally hook up with Locke and perhaps even marry him if he can get the immediate divorce finalized that he has demanded from Tara!

Even her brother Nick Newman (Joshua Morrow) seems to be falling for Adam’s perceived fake redemption – Victoria doesn’t believe it any more than Chloe Mitchell (Elizabeth Hendrickson) did, who gave Adam a piece of her mind in a recent episode of The Young and The Restless. This could also join Ashland’s companies with Victor Newman’s companies under the Newman Enterprises umbrella, laying the ground for the perfect merger that may become the perfect buyout! Victoria is so full of rage, rejection, and anger at her father no one would be surprised that she would join with the ruthless Locke to crush her father and the rest of her family into the ground!

Source: The Young and The Restless; https://www.youtube.com/watch?v=q2lMtFeJpAE