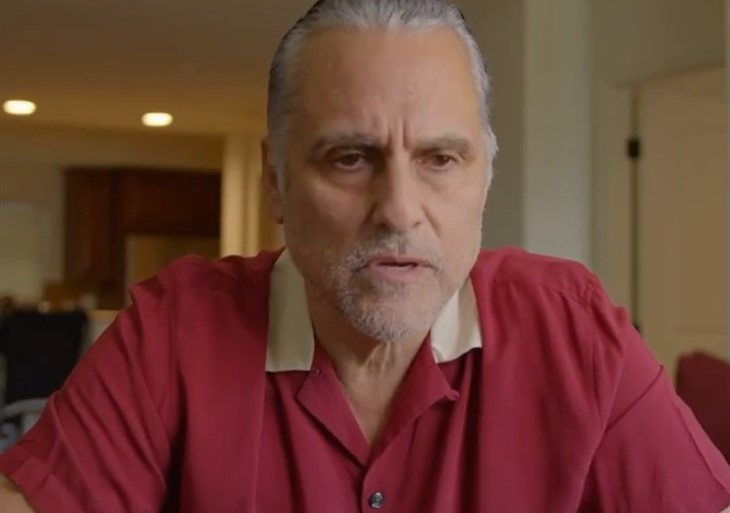 General Hospital (GH) spoilers reveal Maurice Benard (Sonny Corinthos) is not only a great actor and mental health advocate, but he’s also a man who wears many hats and someone who loves his family deeply. The actor, who has often talked about his own mental health issues in the past, shared a new video of him spending a day at the San Diego Zoo with the family with a very important message for his fans. Here’s what you need to know.

Maurice begins the video by talking about how he’s focused on the present moment. He says that visiting the zoo is a great way to spend quality time with your family, but also not think about all of the other things that you can’t get off your mind like your job, your bills, and your relationships.

In the clip, Maurice is checking out a family of baboons before he sweetly picks up his granddaughter and wraps his arms around her. He captioned his clip with, “The Zoo. There is nothing that brings me more joy and laughter than animals and children. We should all learn from them.” 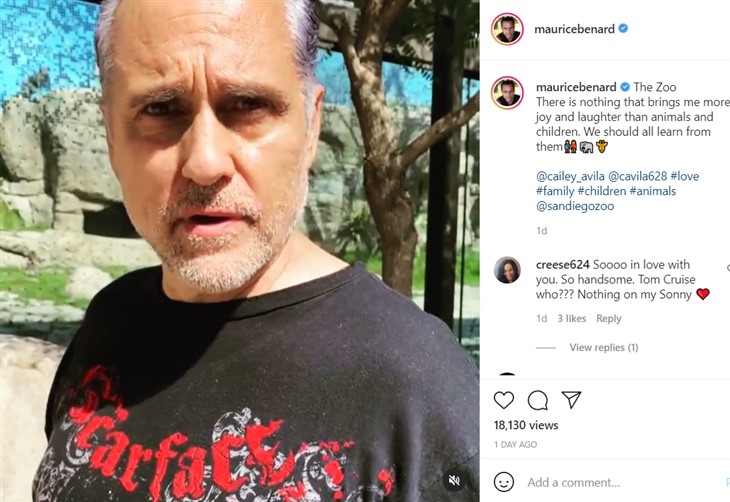 Of course, it didn’t take long at all for Maurice’s fans and followers to comment on the clip and especially during Maurice’s adorable grandfather and granddaughter moment. Some comments included, “This melts my heart. You are such a great role model for so many people. The best joys are children’s laughter and fun smiles,” along with, “Tom Cruise who? He’s got nothing on my Sonny Corinthos. I agree with everything you’ve got to say. Thanks for sharing this moment with your fans. Much love.”

Another fan wrote, “This put such a big smile on my face. You are such a caring person and one of the best actors on daytime television. I’ve been a fan for many long years.”

Now as far as when Maurice’s on-screen character Sonny Corinthos will come back (at least in an emotional sense) remains to be seen. We have a feeling Maurice would have some strong words to say for his alter-ego! General Hospital airs weekdays on the ABC network. Check your local listings for times. Are you a fan of daytime television? Be sure to catch up on everything happening with General Hospital right now. Come back here often for all the latest General Hospital spoilers, news, and updates.