The Bold And The Beautiful (B&B) Spoilers: Bill Busted By Wyatt? 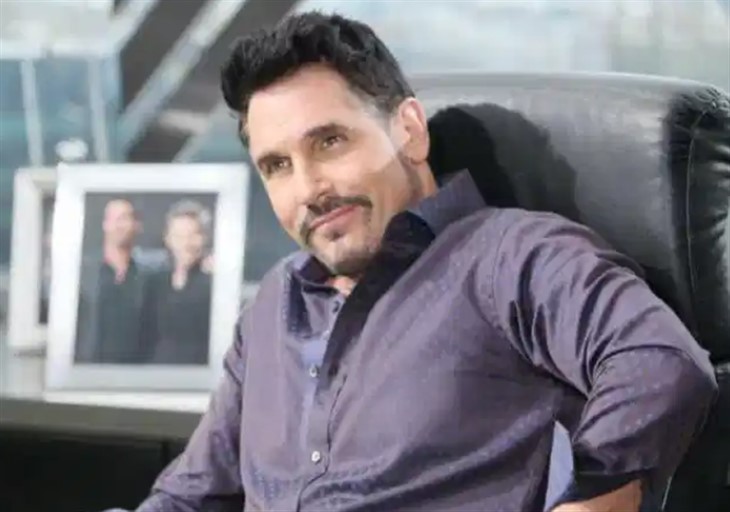 The Bold and the Beautiful spoilers document that Bill Spencer (Don Diamont) will be highly irked by Wyatt Spencer’s (Darin Brooks) prodding. Viewers saw Wyatt happen upon his dad and brother, Liam Spencer (Scott Clifton), talking about the ongoing drama on more than one occasion.

Something was clearly off, which naturally made Wyatt suspicious. A follow-through conversation with his dad quickly turns into a confrontation, which is another sign that Bill is keeping a terrible secret.

The above tension exists because Bill covered up Liam hitting and seemingly killing Vincent Walker (Joe LoCicero) in the recent past.

The Bold And The Beautiful Spoilers – Is Vincent Walker Buried?

Information wasn’t offered after Vinny’s post-morgue identification by Thomas Forrester (Matthew Atkinson). Whether Vinny’s family buried or had him cremated is an important question. Possibly, the authorities have kept his body on ice due to the ongoing investigation?

It’s reasonable to assume that further evidence about Vinny’s death will be needed in order for Bill and Liam to have a chance of escaping imprisonment. The manner in which Bill handled what was an innocent accident turned him and Liam into criminals.

So, if Vinny was cremated, then Bill and Liam would need to rely on at least one unflappable witness existing and reporting what may have happened. Bill and Liam could eventually be cleared if a truthful story is told about someone else or others pushing Vinny onto that dark road or somehow being responsible for his physical and mental state just prior to when he was hit.

It would seem that Liam would be far more likely than Bill to take Wyatt into his confidence. Diamont’s character is guilty and panicked. Liam is actually less so in both instances, even though he’s fully rattled.

Wyatt would never turn his family over to the authorities and could provide useful support. He’s a level-headed guy who could also offer insight.

But Bill sees Wyatt’s natural concern as a threat, which is why he cuts him off with raging bluster. Doing so only makes Wyatt more concerned.

Bill’s lies to Deputy Chief Bradley Baker (Dan Martin) were crucial moments in this case. He flat out denied having any knowledge of the incident. Bill also intervened during Liam’s questioning, coercing his son to answer his questions instead.

Diamont’s character has talked himself into a corner and therefore has nowhere to go. Such is the case with liars. But that’s the Dollar Bill persona on display, as he never had to take Vinny’s personal items, destroy the smartphone, and then discard that and the wallet.

Bill should have talked to emergency medical personnel on the night in question and also answered every question the authorities would have asked. He didn’t and now his freedom and Liam’s are in serious jeopardy.