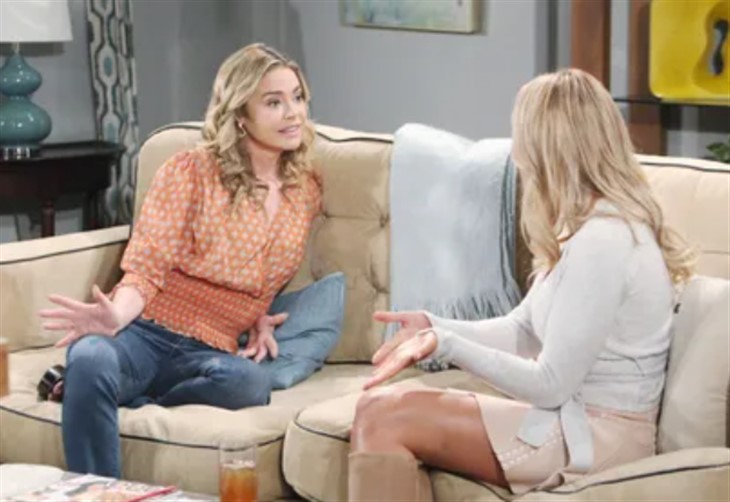 The Bold and the Beautiful (B&B) spoilers reveal that Shauna Fulton (Denise Richards) lies to her daughter. Shauna and Flo Fulton (Katrina Bowden) are incredibly close. However, when Flo hears about her fabricated one-night-stand, Shauna won’t risk exposing Quinn Forrester (Rena Sofer). In fact, Richards confirmed that Shauna will really struggle to keep Flo out of the loop.

The Bold And The Beautiful Spoilers – Quinn Forrester’s Secret

B&B spoilers reveal that Quinn is keeping a scandalous secret from everyone. She did admit her cheating on Eric Forrester (John McCook) to Shauna. Once again, Shauna has covered to keep “Quarter” from being found out. However, soaps never stay hidden in soaps forever. At some point, the truth is going to come out.

Fans recall that Eric walked in while Quinn was saying that she won’t let one night ruin her marriage. When he questioned what that statement meant, Shauna piped up and claimed they were talking about “Bridge.” Then, Zoe Buckingham (Kiara Barnes) recognized the jacket at Forrester Creations. She immediately suspected Quinn slept with Carter Walton (Lawrence Saint-Victor). That was when Shauna stepped up once again and grabbed the jacket. She knew it would take the focus off of Quinn and put it straight on her.

The Bold And The Beautiful Spoilers – Flo Fulton’s Questioning

The Bold and the Beautiful spoilers reveal that Flo will hear about Shauna and Carter sleeping together. Even though Carter and Zoe are back together, the one-night stand will be what people are talking about at Forrester Creations. Flo will be confused and surprised. As we previously speculated, Flo will probably question her mother about the rumor. This was confirmed by Richards, who spoke to TV Insider about the storyline.

Richards was asked if Quinn or Shauna would crack first when it came to the “Quarter” secret. We remember the wedding scheme to Ridge Forrester (Thorsten Kaye). It was Shauna who kept wanting to abandon the set-up, but Quinn kept pushing her to continue. Just like then, Shauna will probably be the first to crack. Richards said,

“Well, probably Shauna because she struggles to keep it from her daughter. Flo has been… very difficult.”

The Bold And The Beautiful (B&B) Spoilers: Liam Loses It, Lands In Psych Ward?https://t.co/wxbxE6oNq7

Do you think Flo’s difficulty is because of the pressure that Brooke Logan Forrester (Katherine Kelly Lang) is putting on her? Brooke might hear about “Quarter,” but might not believe it. She might even connect the dots but will need proof. We can see Brooke using Flo’s desperate need for approval to her advantage. It will be hard for Flo to choose between her mother and the Logan family. However, Flo knows Shauna will always forgive her. Brooke is another ball game, though. We will have to stay tuned to find out what happens with this storyline.