The Young And The Restless Spoilers: Devon Warns Amanda Sinclair 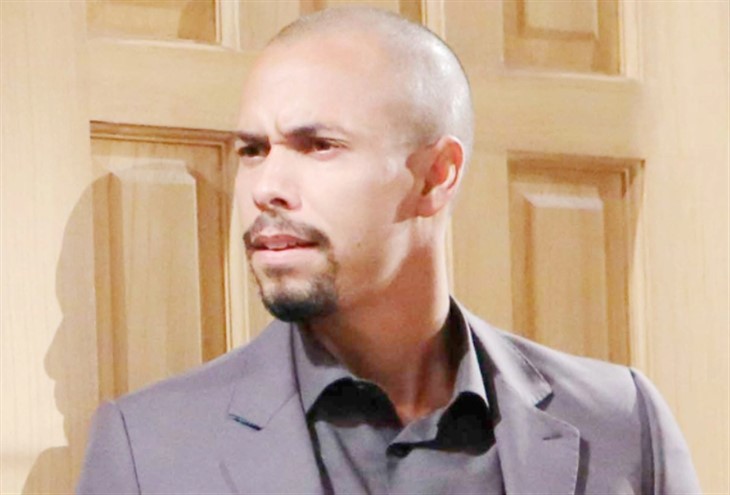 The Young And The Restless Spoilers – Devon Hamilton Witnesses An Argument

Viewers of The Young and The Restless will recall that one reason that Naya Benedict (Ptosha Storey) was able to convince Amanda to represent Sutton Ames (Jack Landron) was that Amanda wanted to get a chance to know more of her birth family.

The Young and The Restless fans will recall that Sutton, her maternal grandfather, had been brought up on charges stemming from a cold case in which Amanda’s birth father and Naya’s college boyfriend, Richard Nealon, had been killed in a motor vehicle homicide.

Amanda was shocked when she read through the case files to find that her birth father had worked for Newman Enterprises and had been accused of embezzlement. There was evidence that someone had wanted to shut Richard up and arranged his murder and then pinned it on Sutton. Amanda’s half-sister Imani had previously issued a restraining order against Amanda, but Naya got around that by requesting meetings with Amanda to get her to take the case. As a result of Amanda’s taking the case, she was able to spend time with her birth family and had even received some family photos from Sutton.

Sutton tells her he regrets that Imani didn’t attend their meeting but hopes she will change her mind towards Amanda, and actually he is so sure she will that he makes a promise!

Amanda tells her grandfather that he could get a plea deal if he pled guilty to a lesser charge, but he said no. Then Devon heads over to the Grand Phoenix and overhears an argument between Imani and Sutton that gives him pause!

The Young and The Restless spoilers tease that Amanda and Sutton will continue to talk and try to work out details of his defense. Sutton is sure that the allegations are politically motivated and it is all part of a smear campaign. Amanda asks more about her birth father, and Sutton says he didn’t know him that well, and that he didn’t talk to him or keep track of him.

At the time, just knowing he was out of his daughter Naya’s life was good enough for him. Amanda then decides to ask Naya for more information about Richard so she can hopefully get a sense of the man he really was.

Sutton notes Amanda will be interested in that beyond the case, but she assures him the case comes first. She and Sutton will share warm feelings before he heads out. Devon, who has come to the Grand Phoenix, happens to witness Sutton and Imani argue in the lobby. Imani, although she didn’t attend the family meeting, is obviously in Genoa City and perhaps staying at the Grand Phoenix! Devon won’t hear exactly what is said between them but he will know by their body language that something is off.

Longtime viewers of The Young and The Restless will recall that Devon was hearing impaired as a young teen and learned to look at people and their body language very well so he could understand what they were trying to say. Devon does understand that Imani is going up to see Amanda and offer an olive branch, but he doesn’t buy it. He texts Amanda to warn her.

The Young And The Restless LEAK: Shocking Hot Couple Hookups Are On The Horizonhttps://t.co/RCry2akbvo

Imani acts like she wants forgiveness and apologizes, and explains she had been worried about how her father would react to Amanda. Imani reveals she too had gone to bar school but had never taken the bar exam and offers to help Amanda on the case. Amanda thanks her and will think about it but she’s not buying Imani’s sudden turnaround either.

Devon pops in and tells Amanda about what he saw and that he thinks that Sutton and Imani were conspiring about something. Amanda verifies that she thinks she’s starting to see the hold that Sutton really has on his family, and decides she might take Imani’s offer just to see what’s really going on with her.