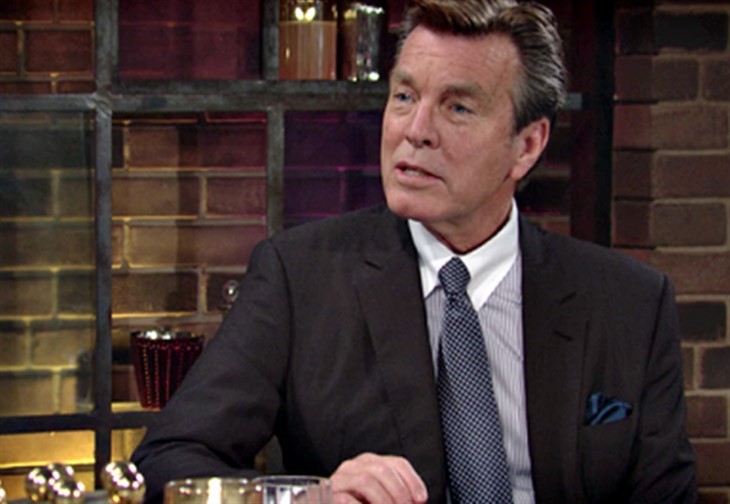 The Young and the Restless (Y&R) spoilers reveal that Jack Abbott (Peter Bergman) finds out the truth. He agrees to hide Tara Locke (Elizabeth Leiner) and her son at the Abbott mansion. There are hints that these two will actually bond and maybe have a romance. However, Ashland Locke (Richard Burgi) might suspect Tara’s location as he gives Jack a stern warning.

The Young And The Restless Spoilers: – Hiding Harrison Locke

Y&R spoilers reveal that Tara is a desperate woman. She has gone to Kyle Abbott (Michael Mealor) for help. Ashland has threatened to take Harrison Locke (Keller Enriquez) and fears losing custody of her son. She begged Kyle to hide them and he will agree. He decides the safest place for Tara and Harrison is at the Abbott mansion. In the meantime, Kyle gets a paternity test and will inform Ashland after he gets the results.

Next week, Kyle confesses to Jack. We don’t know if he tells Jack about Harrison before stashing the mother and son at the Abbott mansion. It’s possible that Jack might find he has two surprise guests, which forces Kyle to confess the truth. In either case, Jack agrees to let Tara and Harrison stay while they figure out how to deal with the Ashland situation.

The Young And The Restless Spoilers: – Tara Locke’s Hideaway Romance

The Young and the Restless spoilers reveal that fans suspected that Tara might want Kyle back. But what if she actually bonds with Jack while she’s hiding out at the Abbott mansion? Jack does need a romance and fans would like it with someone new. If Sally Spectra (Courtney Hope) finds out, then Tara might have more problems than just Ashland.

It is confirmed in the new issue of Soap Opera Digest that Ashland gives Jack a “warning.” Of course, his warning will come across more like a threat. He will caution Jack about Tara, which makes it sound like the villain knows she’s at the Abbott mansion. Even though Jack won’t endanger Tara or Harrison, it does make the hideaway situation much riskier. Is Ashland watching the Abbott mansion? How far will he go to punish Tara and the Abbott family, and take Harrison away from his mother?

Do you think Tara will bond with Jack while she’s hiding out at the Abbott mansion? How will Ashland deal with the situation? Plus, will Kyle turn out to be Harrison’s father, is it Ashland, or could Tara have slept with someone else? We will have to keep watching the CBS soap to find out what happens next with this storyline.