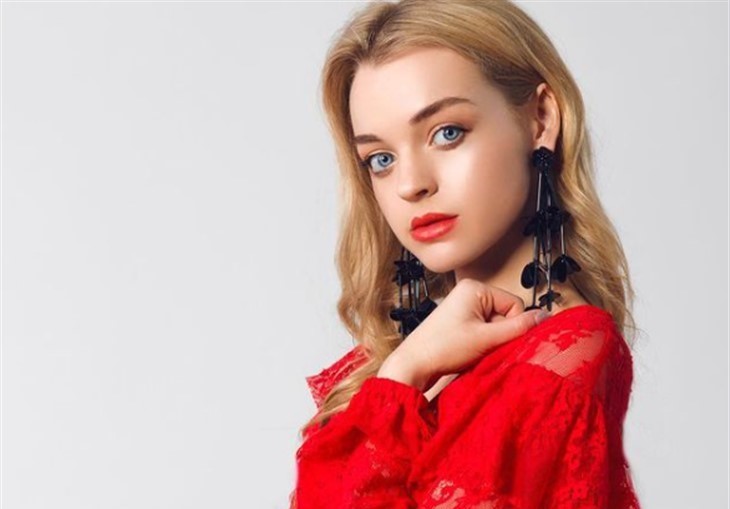 Days Of Our Lives (DOOL) alum Olivia Rose Keegan (ex-Claire Brady) has opened up about her new character in “High School Musical Season 2: The Musical: The Series.” The young actress has revealed, “Lily is a scary girl.”

The musical drama chronicles the lives of theater-obsessed high school students in East High. We will see Olivia in the upcoming season 2 which has just begun streaming last night, Friday on Disney+. She will play a recurring role, a freshman named Lily, who is insecure and highly competitive but hides her real nature through her sweetness.

Days Of Our Lives Spoilers – Always The Villain

Olivia effectively played the dark side of the villain in the soap “Days of our Lives” named Claire Brady and even bagged a Daytime Emmy Award last year.

“DAYS was such a beautiful, incredible home and boot camp and everything in between, so it was scary to leave that behind but I have no regrets. It’s also so exciting to experience other sides of the industry,” Olivia shared in her recent interview with Soap Opera Digest.

Olivia left the soap even before she found out she had booked a character in the musical series and considered it as taking risks on herself, making an investment, and hoping things will happen. As for the mean girl, Claire, she was recast with the actress Isabel Durant portraying her.

Olivia also admitted she finds it funny that most of her recent characters are villains that “have this sort of evil or mean undertone.” “I’m like, what energy am I putting out into the world? What am I doing?” the star reflected. “But it is so fun to play and the thing about those characters, and especially on HIGH SCHOOL MUSICAL, it’s not one-dimensional, just like all the characters on the show,” she explained.

The creator, writer, and at the same time executive producer of HSM Tim Federle had even teased Keegan “brings such brilliant, juicy, villainous chops” to the ferocious Lily who is rumored to be tangled in an upcoming love triangle with lead characters Ricky (Joshua Bassett) and Nini (Olivia Rodrigo), who are currently separated in distance after Nini is being accepted to a performing arts boarding school in a different city.

DOOL Spoilers – The Layers Of Lily

Olivia has expanded on the personality of Lily by pointing out she’s actually sweet, goofy, and good at heart. However, it is her violently competitive nature that overtakes her.

“I feel like everybody has everything inside them; we are all so many different types of people and have different types of personalities all within us, and different parts of them come out. Some come out as a façade or a coping mechanism or something,” she told Soap Central while relating Lily’s character description personally.

She explained that Lily’s competitive streak is rooted in her desire to be the best: “Because she is an insecure girl. And all girls who are mean are just a little insecure and just want to be loved.“

She is excited that viewers will see different twists and turns and different sides to Lily’s personality as the story develops.

“She’s not a surface-level, superficial mean girl, because nobody is really like that at the end of the day. All the feelings and façades and walls you put up come from somewhere.”