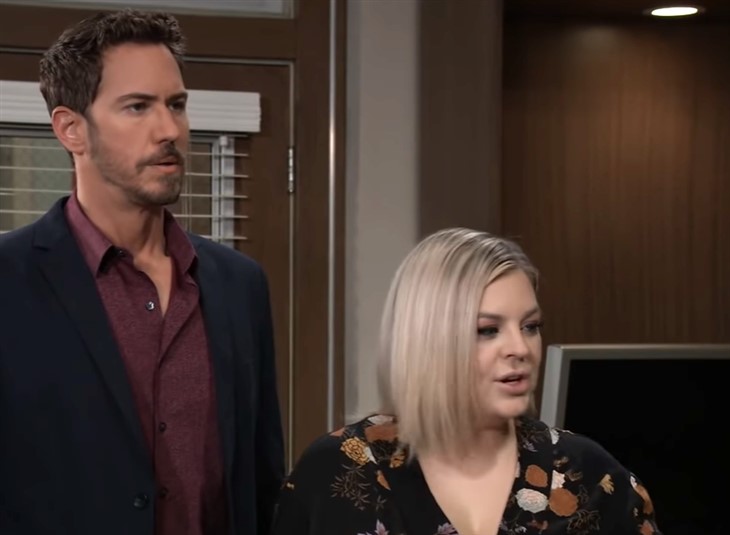 General Hospital (GH) spoilers say that little Louise August isn’t even born yet, and there’s already a lot of danger and drama in her life. The daughter of Peter August (Wes Ramsey) and Maxie Jones (Kirsten Storms), the moment that she’s born, she’ll be on the run.

And while Louise’s mother Maxie will do everything in her power to protect her child, it won’t be easy. That’s because her father Peter is on a warpath and hellbent on making sure that the bay is his. Here’s what you need to know.

From the moment Maxie found out that she was expecting, her pregnancy hasn’t been easy. She was rushed to the hospital from all the stress that she endured after learning the truth about peter’s lies and deceptions. After he was exposed, Maxie plotted with Brook Lynn Quartermaine (Amanda Setton) to protect her baby. They came up with a plan to pass off the child as Brook Lynn’s daughter, as she is in need of a child herself to complete her scheme against Valentin Cassadine (James Patrick Stuart).

With that said, General Hospital spoilers say that Peter is on a warpath. There’s a very strong possibility that he might kidnap Maxie or force her to give up their child once she gives birth. He’s even gone as far as to hire a woman (whose real identity still remains a mystery) to assume the identity of Maxie Jones’ nurse just so he can further manipulate her into doing what he needs her to do.

This, of course, has prompted a lot of GH fans to ask: will Maxie be able to protect her baby? What will happen if Peter takes her out of the country? If there’s anything that we know, it’s that the drama in the coming days and even weeks will keep viewers at the edge of their seats, because there is no knowing what Peter will do at this point. All we do know is that someone might end up losing their life. Needless to say, General Hospital fans will have to tune in to find out what will happen next.