The Young And The Restless (Y&R) Spoilers: Billy And Lily Take A Big Step In Their Relationship – Moves In Together 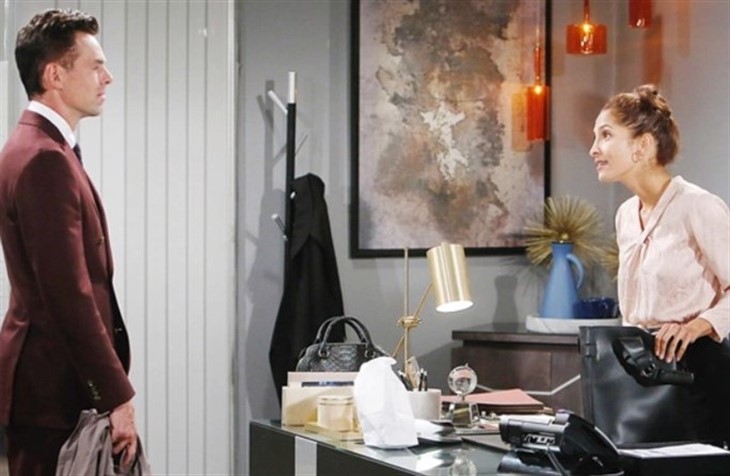 Longtime viewers of The Young and The Restless will remember that Lily hasn’t been romantically involved with anyone for a long time until Billy. She hasn’t lived with a man since she was married to Cane Ashby (Daniel Goddard) and that’s been quite a few years now. She did date someone, Joe Clark (Scott Elrod) but he turned out to be a psycho who kidnapped her and held her in a cabin. Understandably, men and dating were not in her wheelhouse for quite a while after that! Billy and Lily had actually dated before when Lily was on the outs with Cane but not yet married. Billy had fathered Delia Abbott (Sophie Pollono) with Chloe Mitchell (Elizabeth Hendrickson) and that broke up their first relationship when Lily found out.

Viewers of The Young and The Restless will recall that eventually, Billy wound up with Victoria Newman (Amelia Heinle) while Lily remained single and moved away from Genoa City for a period of time while her twins, Mattie and Charlie Ashby (Lexie Stevenson, Noah Alexander Gerry) were growing up. While Lily returned for short periods of time for different reasons, she never stayed in Genoa City for long until Jill Abbott (Jess Walton) created ChancComm and recruited her to run it in partnership with Billy. Jill undoubtedly remembered their long-ago relationship and felt they would balance each other out.

Y&R Spoilers – Billy Abbott And Lily Winters Move In Together

It looks like perhaps they move into a new place to start their new life, with promo photos from The Young and The Restless showing Lily starting a packing peanut fight as she dumps a box of them over Billy’s head! It definitely looks like both of them are having lots of fun setting up their new place.

What could go wrong? It looks like Victoria is preoccupied with Ashland Locke (Richard Burgi) and won’t be dropping in on them with the kids unexpectedly like she was when their romance was just getting off the ground. One thing that Billy and Lily should do is set some ground rules while at home – business kept in the office, personal business at home.

Viewers of The Young and The Restless know that it is best for couples who also work together to make sure the lines are not blurred between work and home. That saves many an argument if they can keep the lines clear and the boundaries intact. Another thing they need to talk about is will Billy have his kids visit their new home together, and if so, some boundaries need to be set there too.

Lily likes Billy’s kids so there is no problem there, it’s just when their mother has been intrusive and seems to use their kids as an excuse to spend time with Billy that there has been a problem. But they’ve moved beyond those problems and making new fresh commitments to and with each other, and that is what counts!