General Hospital (GH) Spoilers: Cyrus Gets The Upper Hand, And All Port Charles Is In Trouble! 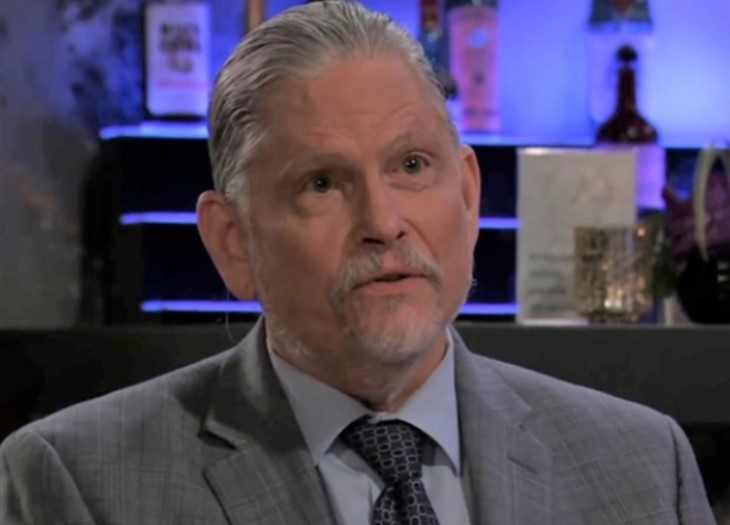 General Hospital (GH) spoilers tease that Cyrus Renault (Jeff Kober) will get the upper hand, and all Port Charles will be in trouble in an upcoming episode of General Hospital!

General Hospital viewers will remember that when Cyrus first exerted his influence over Port Charles and Sonny Corinthos’ (Maurice Benard ) territory from within the walls of Pentonville Prison, where he had himself transferred from Oregon, he had a huge network. Cyrus ran his drug network even from behind prison walls for years even in Oregon, and the first “message” he sent Sonny was to blow up one of the Corinthos trucks.

Soon after, coordinated attacks were mounted in a trio; one at the Corinthos coffee warehouse, one a little farther down on the Port Charles docks where Michael Corinthos, (Chad Duell) Mayor Laura Collins, (Genie Francis) Sasha Gilmore (Sofia Mattsson) and Josslyn Jacks (Eden McCoy) were discussing waterfront revitalization, and also in Bensonhurst in a bar where Jason Morgan (Steve Burton) and Sonny were with Mike Corbin (Max Gail) who Sonny was trying to get into an Alzheimers’ treatment trial.

General Hospital viewers will recall that Mike had a meltdown and that plan had to be scrubbed, and Cyrus soon found one of his Port Charles warehouses blown to smithereens along with some of his henchmen, thanks to Sonny and Jason! Cyrus soon established himself as a “legitimate” businessman and philanthropist in Port Charles, once he forced Port Charles Police Commissioner Jordan Ashford (Briana Nicole Henry) to admit to her DEA team falsifying charges to get him a prison sentence, and then giving him his freedom!

General Hospital viewers will recall that Cyrus’ main enemy in Port Charles is now Carly Corinthos (Laura Wright). She won out over Cyrus at the recent meeting of the Five Families, and Cyrus didn’t like it one bit! Cyrus must regain control over Port Charles and Sonny’s former territory, now being headed up by Carly since all of Cyrus’ attempts to have Jason Morgan (Steve Burton) killed have failed! Cyrus’ plans also took a blow when his designer opioid drug he was trying to market through General Hospital was not voted by the General Hospital board to go through for FDA approval, thanks to Laura Collins (Genie Francis) and her mother Lesley Webber (Denise Alexander).

Cyrus has obviously come to realize that if one wants a job done and done right, one has to do it themselves even at the risk of being caught by the police! But his main priority is to get the upper hand over Carly and to take over the Corinthos crime family territory, and he knows there is one weapon he has in his arsenal that will get Carly out of his way without necessarily incurring any bloodshed or committing any crimes at all. Rather, he can play the part of a legitimate whistleblower with proof he has that Dev Cerci (Ashton Arbab) was an illegal alien who was harbored by Carly in her home.

Cyrus’ plan involves contacting the Feds with the proof he has, which will also take down his driver, Brando Corbin (Johnny Wactor), and his mother, Gladys Corbin (Bonnie Burroughs) but if they didn’t want to get burned, they shouldn’t have played with fire! If Carly is taken down, Jason will surface, and then he can deal with him and won’t need Gladys’ false testimony to do it!