The Young And The Restless (Y&R) Spoilers: Here’s Why Summer Needs To Keep Tara Away From Kyle 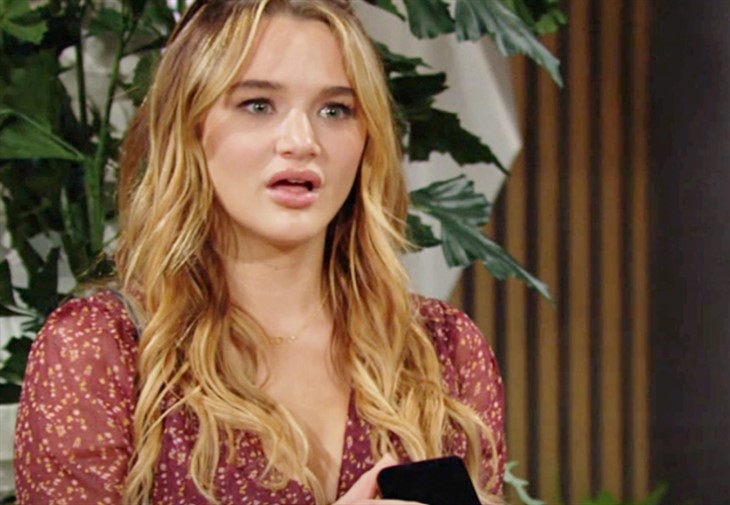 The Young and the Restless (Y&R) spoilers indicate Kyle Abbott (Michael Mealor) might have a huge problem on his hands. That’s because his baby mama Tara Locke (Elizabeth Lanier) has unexpectedly shown up in Genoa City again and this time, she’s bringing more than just her emotional baggage – she’s also got their young son Harrison with her, too.

And while Summer Newman (Hunter King) has so far been very mature and understanding about all of this, sooner or later she’s going to snap. In fact, we’ve got three reasons why Summer needs to keep Tara away from Kyle. Check it out below and let us know what you think.

Is Kyle capable of maintaining his marriage to Summer Newman while also having a neutral relationship with his baby mama, Tara? For anyone who has been paying attention to Kyle Abbott this last few years, they know that he’s incapable of such a thing. It will only be a matter of time before he trips and ends up in the wrong person’s bed.

Even though they are not married just yet, there’s a chance that Kyle will be forced to split his time between his new wife, Summer, and the child that he thought he never had, Harrison. Sure, Summer deserves to spend as much time as possible with her new husband but at the same time, should she pull him away from his toddler son, knowing that they haven’t had much time together before? It will definitely put her in a very difficult situation.

The Young And The Restless (Y&R) News: Is Courtney Hope Planning A Glamorous Wedding? https://t.co/WQFl1uMu5X pic.twitter.com/YomblHcqMt

Let’s face it: if there’s anyone that Kyle Abbott loves the most in this world, it’s himself. There’s no way that he can stay committed to just one woman at one time, even if he tried really hard not to. Yes, Kyle loves Summer, but he also loves any opportunity he has to explore other open opportunities. With that said, there’s a very good chance that he might end up falling for Tara. And when he does, you can expect to see a lot of drama and emotions all over the place. Watch this space.