The Young And The Restless (Y&R) Spoilers: Kyle Finally Gets His Smarts On As He Has A Paternity Test Done 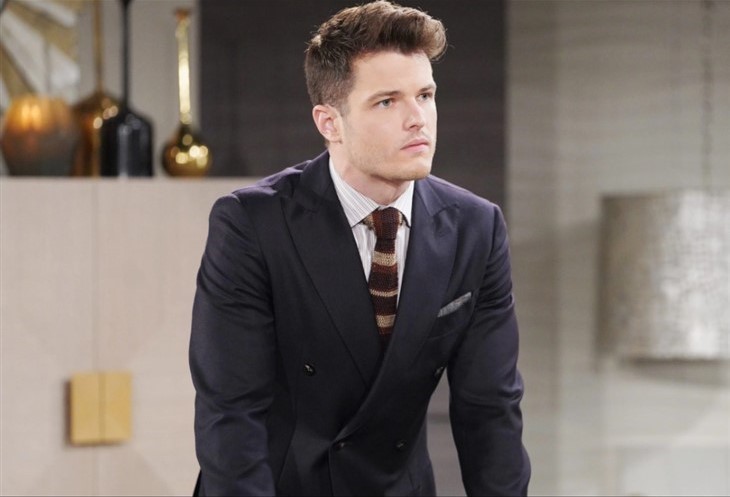 Tara told him that Locke would push through the family court that she is an unfit mother and Kyle claiming paternity was the only way that wouldn’t happen! Kyle discussed this with Summer at some length. Summer was not wild about Kyle coming out publicly as Harrison Locke’s father or as having had an affair with Tara, considering how ruthless Locke is.

Then there is the fact that he hasn’t even told his father, Jack Abbott (Peter Bergman) about Harrison being his son yet. One thing for sure, Kyle will need proof of his and Harrison’s father and son relationship to be able to help Tara and protect Harrison, and a paternity test is the only way to do it. The family court will require it anyway.

Viewers of The Young and The Restless would be very surprised if Locke hadn’t already done a paternity test on himself and Harrison and found out that he wasn’t his birth father. That would be a very good reason for him to show up in Genoa City nearly immediately after the arrival of Tara and Harrison. He wants the child, but the problem is that Tara and Kyle both fear that Harrison will become nothing but a pawn in a ruthless game of one-upmanship! Kyle’s heart went out to the tot the minute he saw his innocent little face in person when Tara brought him into Society.

The Young And The Restless To Air Tribute Episode For Kristoff St. Johnhttps://t.co/iAMQ2ebG9I

Kyle already knows that he would have no standing in the court, whether he would fight Locke for custody or not if he doesn’t have concrete, scientific proof that he is the little guy’s biological father! Kyle knows Summer might have a big problem with him trying to get custody, although visitation wouldn’t be a huge deal. Summer loves children even if she isn’t ready to have any of her own. She is close to her younger sister Faith Newman (Leann Caster) and at times cared for her when she was little. But split custody would not be an option for Summer when she is ready to start a life together with Kyle – just the two of them! But she is completely on board with the paternity test and accompanies Kyle to the lab when he gets ready to do it!