The Young And The Restless (Y&R) Spoilers: Will Adam And Nick’s Breakthrough Hold? – Victoria Challenged In Genoa City 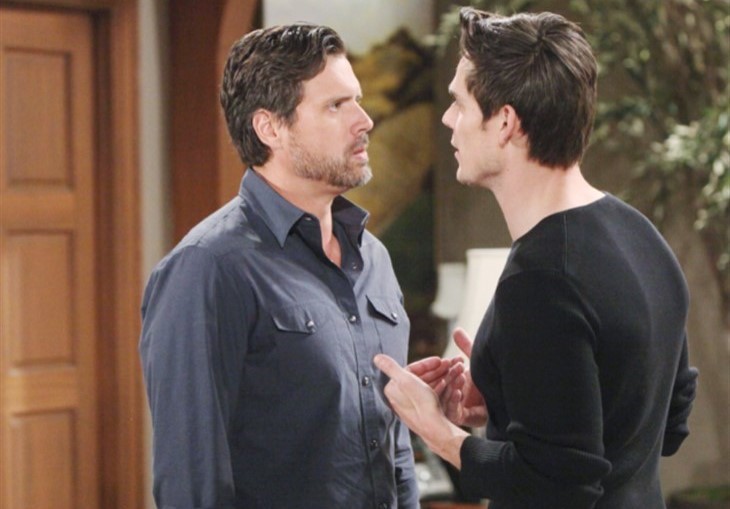 The Young and the Restless (Y&R) spoilers document that Adam Newman (Mark Grossman) and Nick Newman (Joshua Morrow) appear to have entered into what could be a lasting period of peace. The brothers Newman are honestly open to burying the hatchet.

Adam’s two saves of Faith Newman’s (Reylynn Caster) life were important. The second made the first unable to be conveniently explained away. Nick also sees a different look in Adam’s eyes following his clear from the charge of trying to poison Rey Rosales (Jordi Vilasuso).

Victor Newman (Eric Braeden) is pleased by this apparent truce. He also recognizes that the accord can be different than 2016 when the brothers last saw eye to eye.

As hardcore fans recall, it is approaching a half-decade ago when Justin Hartley’s (Adam) edition of the character was about to exit the cast. The actor was starting his run on the celebrated This Is Us prime time series.

Adam’s belief that he was about to be sent to prison for having beaten a prison guard led to him entrusting Nick to raise Christian Newman (Alex Wilson). He is Adam’s biological son who only knows Morrow’s character as his father.

As his father told him, the two women in his life are sources of strife. All three parties, meaning Adam, Sharon, and Chelsea, shoulder responsibility for what’s developed between them.

However, Adam has gained a fresh perspective now that Sharon is healthy and Chelsea is at least getting the mental health treatment that she needs. He wants to be a better man for Connor Newman (Judah Mackey), works with his dad, and get along with Nick.

The Young And The Restless (Y&R) Spoilers: Kyle’s Public Confession, Admits To Affair And Claims Harrisonhttps://t.co/tXb1HvZf8V

The Young And The Restless Spoilers – Nick Newman Supports His Brother

Nick is genuine about supporting Adam’s efforts toward redemption. He’s changed his tune about Adam being a concealed psychopath as well.

While Nick isn’t naive about Adam’s ability to revert at any moment, it does feel like Y&R is creating a new dynamic where the brothers can be working together. If that belief mutually holds, then Victoria Newman (Amelia Heinle) will be troubled.

And so the next chapter of this epic family’s conflict begins to unfold or unravel, based on one’s daytime perspective.