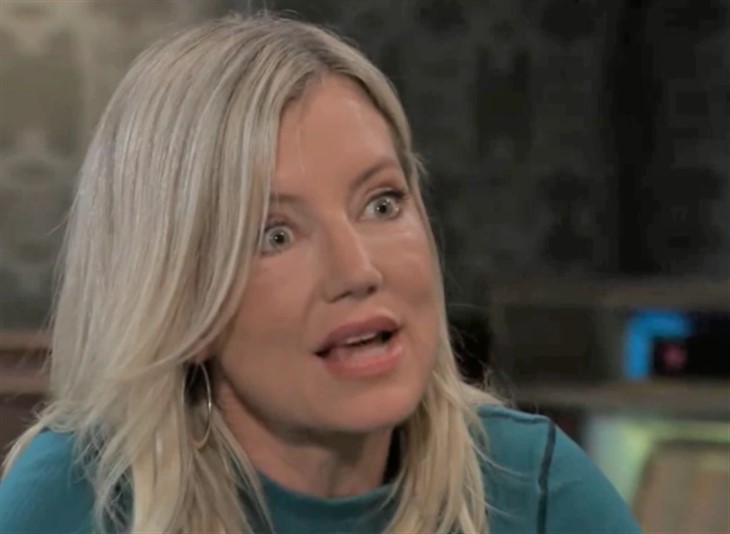 General Hospital (GH) spoilers say that while Nina Reeves (Cynthia Watros) sure thinks that she’s a clever girl, she might not be clever enough to outwit someone like Elijah Crowe (Dan White). After she and Mike (Maurice Benard) return from Corinth, she goes on another date with Elijah in the hopes that she doesn’t tip him off to the fact that she’s wise to his illegal activity. Read on for all of the latest spoilers.

According to the latest edition of Soap Opera Digest, once their data is underway, Elijah tries to get Nina to spill all of the dirty details of what really happened when his office got broken into. Clearly, he wants to know how involved she is and just how much damage has been done. But Nina is tight lipped. She’s not about to tell him the truth – at least not yet.

Speaking to the publication in a new interview, Dan White, who plays Elijah on the hit ABC soap, puts it this way, “He knows someone printed all this incriminating stuff on his printer. In his mind, it was possibly her. It’s a game of cat and mouse and she’s playing bait as the mouse trying to draw Eli into a trap.”

Of course, Eli is secretly hoping that she’s not the one with the documents. That’s because he really likes her and apart from all of this drama, he’s hoping that the two of them can start a new relationship, as long as Mike is out of the picture. Unfortunately, things take a turn for the worse when Eli finds that Nina does have the papers. Eli has caught Nina red-handed and now it’s up to her to fess up – for better or for worse.

Dan adds, “A switch is definitely flipped. They say an animal is most dangerous when it has its back to the wall. I don’t think that’s any different for a person – and Elijah’s back is definitely to the wall.”