The Bold And The Beautiful (B&B) Spoilers: Wyatt’s Proposal To Flo Might Be His Best (And Awkward) One Yet 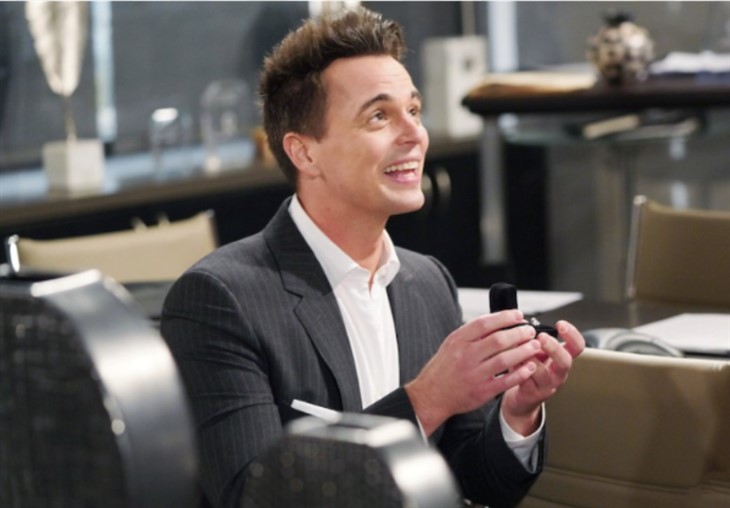 The Bold and the Beautiful (B&B) spoilers say that while Wyatt Spencer (Darin Brooks) has certainly proposed to a number of women in this fictional town of Los Angeles, it’s his proposal to his current fiancé Flo Fulton (Katrina Bowden) that stands out the most. Here’s what you need to know.

As many fans can recall, Wyatt has proposed to a lot of women in his lifetime, including Hope, Ivy, Steffy, and Sally. But it’s his proposal to Flo that might have turned out to be more romantic than some of his proposals for the past. Actually, make that romantic and a little awkward! That’s because he was proposing in front of a mannequin because of B&B’s strict Covid-19 safety measures.

Darin Brooks, who plays Wyatt Spencer on the hit CBS soap, says this about working with a mannequin: “She was so excited. In fact, she was speechless [laughs]. That’s a bad joke right there, but it is a shame that we couldn’t do things as we’ve done in the past. It was always nice when we got to do a big destination wedding or proposal, and who knows when we’ll even be able to get back to that.”

It’s without a doubt that B&B fans would also love to see the show go on the road, but it might be some time before that happens, even though more and more people are getting vaccinated. With that said though, Darin added that he’s still happy with the final result.

B&B Spoilers – What’s Next For Wyatt Spencer And Flo Fulton?

He added, “It was cute, and we had a good time with it, but let’s hope that with things opening up again that we can get back to some kind of normalcy soon.”