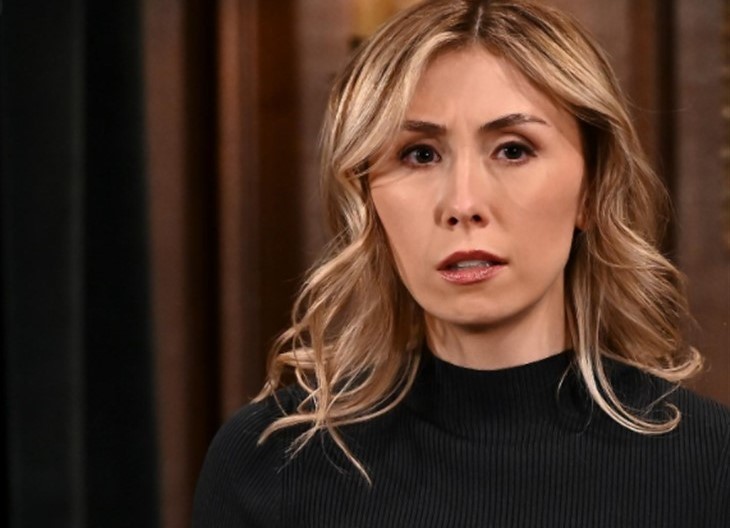 General Hospital (GH) spoilers reveal that TikTok star Caitlin Reilly was featured on today’s episode which paid tribute to her father the late General Hospital actor John Reilly (Sean Donnelly). She portrayed Annie Donely, Sean’s daughter while interacting with some of Port Charles residents as they traveled to Ireland for the memorial service.

Reilly told Soap Opera Digest, “When I announced on social media that my father had passed, the day after, I believe, Frank Valentini, the executive producer — who’s amazing, by the way; he’s such an incredible guy — announced that GENERAL HOSPITAL was going to do a tribute episode for my dad. A couple of months went by and then they reached out to my representation and asked if I wanted to be involved in the tribute show. I immediately said yes because that was something I would love to be involved in. It’s a super-special thing to be a part of. My dad loved being on the show so much and I am just so happy that I got to act with all of his old friends. We had such a fun day, and it was also very emotional and cathartic. It was sort of everything all at once.”

She went on to say, “It’s so strange because when their team reached out to me and asked if I wanted to be on the show, I honestly thought that I was just going to be in one scene, that it would be sort of a fun experience for me and I didn’t think anything past that. And then when I spoke to, I believe it was [Associate Casting Director] Lisa Booth, she sort of told me how heavy my involvement would be and the scope of the episode. I was shocked, actually, because I had quite a lot to do.”

Reilly talked to her dad’s costars and learned a lot about him from a professional perspective.

“They knew him as an actor,” she said, “they knew him working, and all day long, they were just telling me these stories that I had never heard before and it was so interesting to hear them because, you know, being an adult now and being a working actor, I missed out on those conversations with my dad, where we could really talk about acting and memorizing lines and the craft and all of that creative stuff that actors relate to each other about.”

“So it was sort of like I was having those conversations with him, but through the stories, they were telling me. So that was really, really nice.”