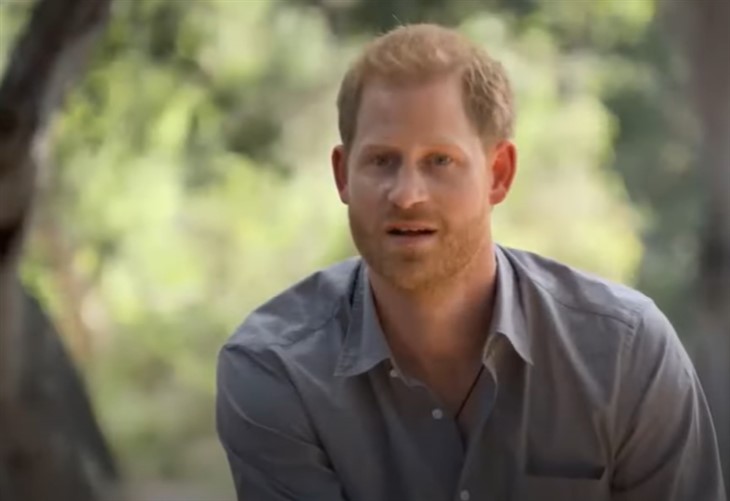 British Royal family news reveals Prince Harry, Duke Of Sussex has been known for being outspoken about the seriousness of mental health and the importance of seeking help for it, especially during recent times. It’s a thing that the Duke of Sussex has reiterated from time to time, and it’s a thing that he not only advocates for as a global concept that needs to be understood, but has lived through it as well, and according to him, for so many years.

In an interview with Dax Shepard for the Armchair Expert podcast, he credited his wife as the reason he finally decided to get the therapy he desperately needed.

In the latest Oprah interview featured on their new AppleTV+ docuseries, the royal opened up about the pressures of living with the reality that his mother got chased into a tunnel for dating a man with different skin color, and while that may be in the past, he’s scared and cautious to make sure it doesn’t happen again.

In his new AppleTV+ documentary series The Me You Can’t See that will highlight mental struggles from people around the world, which he co-created with Oprah Winfrey, Prince Harry spoke up about the emotional and disorienting impact of his mother’s death. The late princess died at age 36 following a car crash that happened in Paris in 1997, a year after she and Prince Charles officially divorced. At the time, Harry was 12 years old.

The docuseries opens with Harry discussing the pain of remembering how helpless he was when he witnessed her mother’s suffering at the hands of the media, who, according to him, didn’t pay for the death they caused. “I always wanted to be normal, as opposed to being Prince Harry, just being Harry,” he says. He’d formerly revealed that he despised his title and had wished he was born a different person for much of his early life.

“It was a puzzling life and, unfortunately, when I think about my mom the first thing that comes to mind is always the same one, over and over again: Strapped in the car, seatbelt across. My brother [Prince William] in the car as well, and my mother driving and being chased by three, four, five mopeds with paparazzi on.”

It was also a thing that haunted him to see his mother in tears and was helpless to help out. “She was almost unable to drive because of the tears, there was no protection. One of the feelings that come up is helplessness. Being too young, being a guy too young to be able to help a woman, in this case, your mother. And that happened every single day until the day she died,” he shares.

In the first episode of the documentary, the prince also shared the pains he felt walking behind his mother’s coffin, alongside his father Prince Charles, now-late grandfather Prince Philip, and elder brother, Prince William and trying not to feel everything he was feeling and knowing there was no way to bring her back, even as he hated having to let her go.

“For me, the thing I remember the most was the sound of the horse’s hooves going along the Mall, the red brick road. By this point, both of us were in shock. It was like I was outside of my body,” Harry recollects. “I’m just walking along and doing what was expected of me, showing the one-tenth of the emotion that everybody else was showing. This was my mom, you never even met her.”

“Without question, I was so angry with what happened to [Diana] and the fact that there was no justice at all,” he continued. “Nothing came from that. The same people who chased her into the tunnel photographed her dying on the backseat of that car.” Throughout the first episode of the docuseries, Prince Harry, who has been seeing a therapist for the past four years, continued to share how hard it was dealing with his mother’s painful death and how far he’s come to healing from it.

“I don’t want to think about her, because if I think about [Diana] then it’s going to bring up the fact that I can’t bring her back and it’s just going to make me sad. What’s the point in thinking about something sad, what’s the point of thinking about someone that you’ve lost and you’re never going to get back again. And I just decided not to talk about it,” Harry revealed how he fared before seeking therapy.

“Towards my late 20s, I was starting to ask questions of should I really be here? That was when I suddenly started going, ‘You can’t keep hiding from this.’ Family members have said just play the game and your life will be easier. But I have a hell of a lot of my mum in me. I feel as though I am outside of the system but I’m still stuck there. The only way to free yourself and break out is, to tell the truth,” Harry shares.

The Duke of Sussex further opened up about how he is struggling to leave behind the pain of the past and how that pain is starting to lurk around the corner for him, especially for him and his now-wife Meghan Markle. The two married in a televised ceremony at Windsor Castle on May 19, 2021, after romantically linking in 2016.

“We get followed. Photographed, chased, harassed. The clicking of cameras and the flashes of the cameras makes my blood boil. It makes me angry and takes me back to what happened to my mom and what I experienced as a kid,” Harry explains. “Not just traditional media, but also social media platforms as well. I felt completely helpless.”

In their first Oprah interview, the Duchess of Sussex opened up about having suicidal thoughts whilst she was still with the firm.

“She was completely sane, yet at the quiet of the night, these thoughts work her up. The thing that stopped her from seeing it through was how unfair it would be on me after everything that had happened to my mom and to now to be put in a position of losing another woman in my life — with a baby inside of her, our baby,” Harry says, recalling the nights leading up to the event. “I’m somewhat ashamed of the way that I dealt with them.

And of course, because of the system that we were in and the responsibilities and the duties that we had, we had a quick cuddle, and then we had to get changed to jump in a convoy with a police escort and drive to the Royal Albert Hall for a charity event. Then step out into a wall of cameras and pretend as though everything’s okay. There wasn’t an option to say, ‘you know what, tonight, we’re not going to go’ because just imagine the stories that come from that.”

He felt that history was trying to repeat itself and wanted to put a stop to it, and the only way he knew how to do that was to leave the royal family behind. He couldn’t let another woman that he loved get mistreated by the press. “Do I have any regrets? Yeah. My biggest regret is not making more of a stance earlier on in my relationship with my wife and calling out the racism when I did. History was repeating itself. My mother was chased to her death while she was in a relationship with someone that wasn’t white and now look what’s happened. You want to talk about history repeating itself, they’re not going to stop until [Meghan] dies.”

“It’s incredibly triggering to potentially lose another woman in my life, but the list is growing. And it all comes back to the same people, the same business model, the same industry. My father used to say to me when I was younger, he used to say to both William and I, ‘Well, it was like that for me. So it’s going to be like that for you.’ That doesn’t make sense — just because you suffered, it doesn’t mean that your kids have to suffer,” he says.

In The Me You Can’t See, Harry reiterated his wishes to make sure that he freed his children from the pain by breaking the cycle. “If you suffered, do everything you can to make sure that whatever negative experiences that you had, that you can make it right for your kids,” he says. “[Meghan and I] chose to put our mental health first. That’s what we’re doing. And that’s what we will continue to do. Isn’t this all about breaking the cycle? Isn’t it all about making sure that history doesn’t repeat itself? That whatever pain and suffering has happened to you, that you don’t pass on.”

Prince Harry and Oprah Winfrey’s mental-health docuseries, The Me You Can’t See, is now available to stream on Apple TV+.