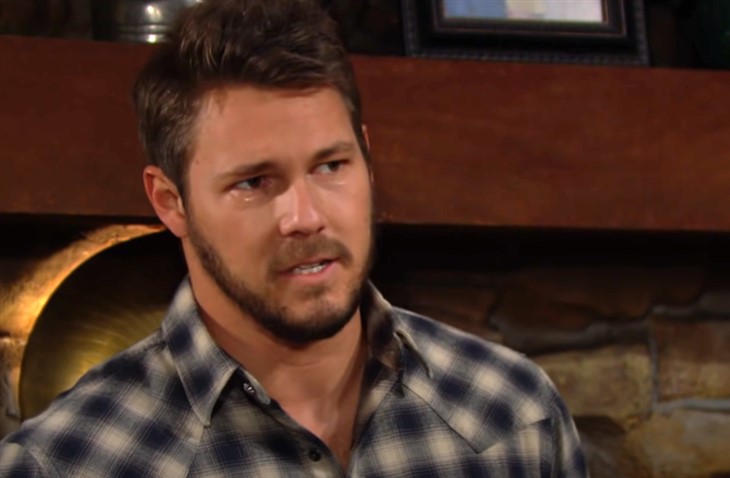 The Bold and the Beautiful (B&B) spoilers document that Liam Spencer (Scott Clifton) did what he should have done within hours of hitting Vincent Walker (Joe LoCicero) on Mulholland Drive. He told his wife what happened.

Hope Spencer (Annika Noelle) was shocked by Liam’s tell. But she knew who the true villain is in this evolving storyline after learning that Liam fainted.

Bill Spencer’s (Don Diamont) belief that he’s the Master of B&B’s world is misguided, with time likely proving that assessment on the mark.

The Bold And The Beautiful Spoilers – Hope Spencer Provides Balance

Most importantly, Hope will back up what Bill has been saying. Yes, Dollar Bill was right on one plot point.

Liam should not feel guilty about actually hitting Vinny. His eyes were on the road, he wasn’t driving recklessly and wasn’t able to see LoCicero’s character until the instant before impact. Vinny’s positioning in front of the car caused his death, rather than Liam’s reactions.

So, Hope will support Liam’s impact innocence. While she’ll chide him for his after-the-fact response, Noelle’s character will also rightly turn her heat toward Bill.

Bill’s idea that the authorities would absolutely deny Liam due process was based on his own skirting of the law on numerous occasions. If there was any suspicion about Liam’s involvement, it would have been because Bill was connected to the situation.

Even with Bill’s perception being plausible, an immediate report to the police would have put him and Liam in a much better position then they are now. They wouldn’t have broken the law and no cover-up would have been needed.

Bill’s opinion about Vinny’s life being worthless is also driving his cold and foolish lack of guilt. That attitude is already part of his slow undoing.

The Bold And The Beautiful Spoilers – Another Reveal Lies Dead Ahead?

This is daytime, with Liam and Bill being lead characters on B&B. So, they could be arrested and even sentenced to prison. But it’s fully impractical to believe that both men will be in jail for years. In fact, they won’t.

So, how will the Spencer men escape long-term punishment? Some currently unknown fact or set of reveals will become known.

The Bold And The Beautiful Spoilers: Brooke Appalled by Liam & Bill's Crimes – Ridge Gets a Win #BB #boldandBeautifulhttps://t.co/mgy03ziuNF

Another person, who could have attacked Vinny, may have thrown him onto the road just before Liam and Bill approached. That type of scenario, however it would be presented and then confirmed, would allow Liam and Bill to escape punishment.

However, said reveal will need to be digestible in order for the audience to cheer and for Liam and Bill to continue on with the lives they were living before the accident happened.