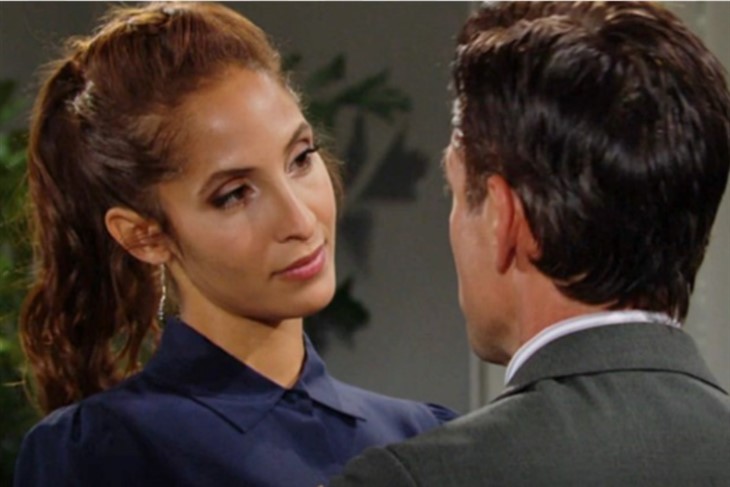 The Young and the Restless (Y&R) spoilers document that Billy Abbott (Jason Thompson) and Lily Winters (Christel Khalil) are moving forward with their plans to get a house. Yes, there is a dash of past Phyllis Summers’ (Michelle Stafford) history thrown into the mix. But BiLily appears likely to continue.

As for Victoria Newman (Amelia Heinle), her hopes of Billy reverting to relationship form haven’t been realized yet. With no seeming chance of reviving Villy, Victoria has turned her gaze to business instead.

Lily was just joking when implying that she wasn’t ready to look at homes so soon after agreeing to do so. Billy was relieved to learn that she was actually ready and so they are preceding.

The Young And The Restless (Y&R) Spoilers: Kyle Finally Gets His Smarts On As He Has A Paternity Test Done

The fact that one of the locations is in a building where he once lived with Phyllis can be overcome. Lily’s overall reaction should prove different than how Victoria would have responded.

The general state of Billy’s connection with Lily is progressing. From the opposite perspective, Lily seems to see Billy in her present and future. Both takes don’t bode well for Victoria’s theory that Thompson’s character will tire of Lily or sabotage BiLily, thereby opening a path back to Villy.

Victoria, like her father, Victor Newman (Eric Braeden), doesn’t accept losing. That was evidenced by her joy in seeming to steal the Cyaxares deal from the Moustache and his subsequent secured victory choice in re-branding the company as Newman media. The jab at Victoria being intended.

Now, with Ashland Locke (Richard Burgi) back in town, Victoria may have another way of advancing business and personal interests. The Lockeness Monster intends to divorce his wife. That and the personality traits he shares with Victor make him a prime candidate to become Victoria’s next target in some form.

While Victoria brushed aside Ashland’s dinner proposal a number of weeks ago, his status has changed. Y&R fans see plausible opportunities to connect both characters, even if said link isn’t meaningful or lasting.

The Young And The Restless (Y&R) Spoilers: Kyle Gets Paternity Test, Is Harrison Really His Son? https://t.co/KssQrFkMdL pic.twitter.com/UwpgqJ6fWn

The Young And The Restless Spoilers – Billy Abbott Committed To Change

Billy decided, potentially rightly, that Victoria represented his romantic past. While they once had a great relationship modern patterns caused Billy to believe that Victoria was limiting his growth.

Lily is the next great love of Billy’s life or so he has chosen to believe. Whether his hopes bear out or Victoria’s instinct is vindicated is playing out this spring in Genoa City, Wisconsin.