Days Of Our Lives (DOOL) Spoilers: Brady Dumps Kristen – But Is It For Good This Time? 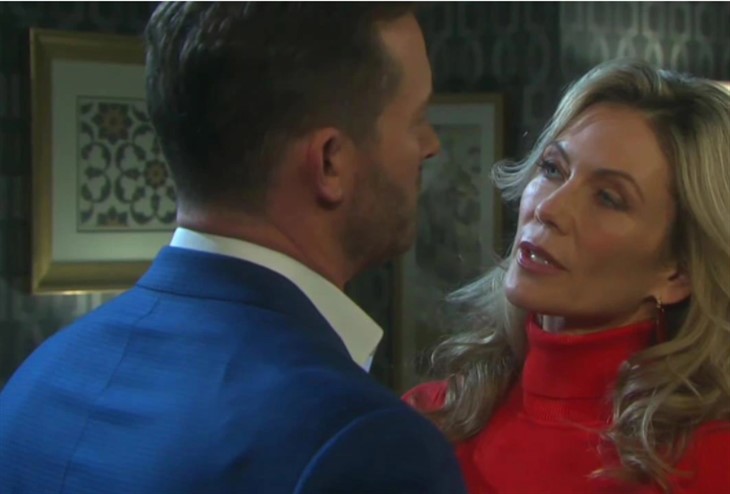 Days of Our Lives (DOOL) spoilers say that Brady Black (Eric Martsolf) has had enough. In fact, it looks like he’s reached his limit with Kristen DiMera (Stacy Haiduk) and all of her shenanigans and has decided that it’s time to pull the plug on their relationship once and for all. But how will Kristen react to all of this? Read on for all of the latest spoilers.

Days Of Our Lives Spoilers – Brady Black Dumps Kristen DiMera – But Is It For Good This Time?

Needless to say, putting a woman like Kristen DiMera on the sidelines is not going to be easy but Brady has to do what he has to do, especially after he found out that Kristen almost had Lucas Horton (Bryan R. Datillo) and Sami Brady (Allison Sweeney) killed. He’s definitely disappointed that Kristen would take a step backward and attempt to do something like this when they’ve been moving forward all along.

Speaking to Soap Opera Digest in a new interview, Eric Martsolf, who plays Brady on the hit NBC soap, previews, “It’s not like he’s completely surprised because he knows what she’s capable of; he’s not oblivious to her past and her tendencies. She is a classic DiMera villain and they all tend to go back to their wicked ways once in a while even though there’s a softness underneath.”

Days of Our Lives spoilers say that Brady realizes that things aren’t going to work with Kristen and tells her that they can’t be with each other anymore. For Brady, the trust factor has definitely gone out the window permanently. The only problem for Eric is that the two of them are connected through their child.

Eric continued, “He makes a definite decision and says, ‘Listen, I love who you are but I don’t love what you do. I can’t raise a daughter with someone I don’t trust.’ And she has this tendency to go nuts and she’s been doing that lately. How can you maintain a relationship with someone like that?”